You are here: Home / GOSL News / President to visit to Indonesia next month 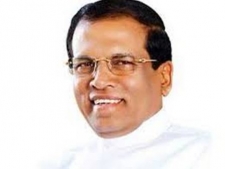 President of Indonesia Joko Widoda has invited President Maithripala Sirisena for a state visit in Indonesia soon after his scheduled participation at the Indian Ocean Rim Association (IORA) Summit meeting to be held in Jakarta.

Indonesian President’s special envoy, A M Fachir, Vice Minister of Foreign Affairs delivered the letter of invitation to President Sirisena at the Presidential secretariat yesterday (23rd February). President Sirisena will attend the IORA Summit on 6th and 7th of March and pay a state visit on 8th March.

The President conveyed his thanks to President Widoda, through the Special Envoy, for the invitation and said he was looking forward to attend the Summit, which marks the 20th Anniversary of IORA and to meet the Indonesian President for discussions on furthering bilateral friendship and cooperation in trade, investment, tourism and other areas of common interest.

The Special Envoy, Fachir said that Indonesia has already dispatched the first consignment of the rice donation for drought relief announced by President Widoda. He said that President Widoda personally attended the brief ceremony held at the State Logistics Agency Warehouse in Kelapa Gading in Jakarta.

President Sirisena conveyed his thanks to the President, the Government and the people of Indonesia for the donation. He said the Indonesian donation of 5,000 MT symbolizes the strong friendship that exists between Indonesia and Sri Lanka.

He recalled the strong ties between the two countries since ancient times. He said that Indonesia played an invaluable role at the Non-Aligned Summit of 1976 hosted by Prime Minister Sirimavo Bandaranaike.