You are here: Home / GOSL News / No foreign nationals or families settled in any part of Sri Lanka

The attention of the Department of Government Information has been drawn to certain media reports that refer to public statements alleging that political authorities of the Northern Provincial Council have settled 250 Indian families in a village (in Nedunkerni) of that Province.

The Department of Government Information wishes to state that these allegations are unfounded as no such foreign nationals or families have been settled in any part of the country. 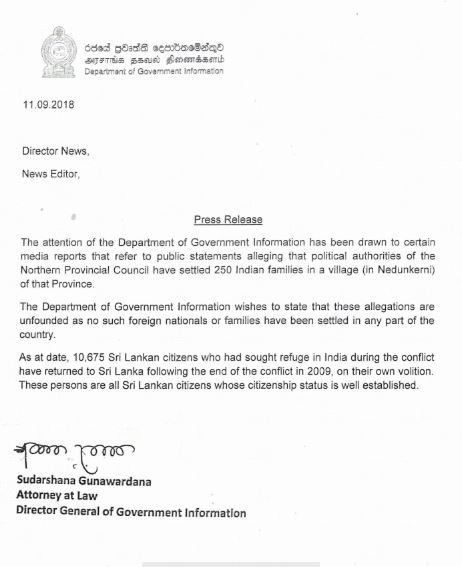