You are here: Home / GOSL News / Mathews says handling pressure will be the key for Sri Lanka 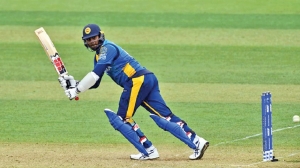 Angelo Mathews, the former Sri Lanka captain, believes that overcoming pressure situations will be his team’s biggest challenge at the ICC Men’s Cricket World Cup 2019.Sri Lanka, the 1996 World Cup champions and two-time runners-up, come into the tournament as the No.9 ranked ODI side. They have won only six of the 22 one-day internationals they have played since January 2018. Adding to their task is that several members of their World Cup squad are returning after a spell on the sidelines. Captain Dimuth Karunaratne himself, until last week, hadn’t played any ODI since the last World Cup.