You are here: Home / Business Now / Value of moratorium sought by tourism biz tops Rs. 60 b 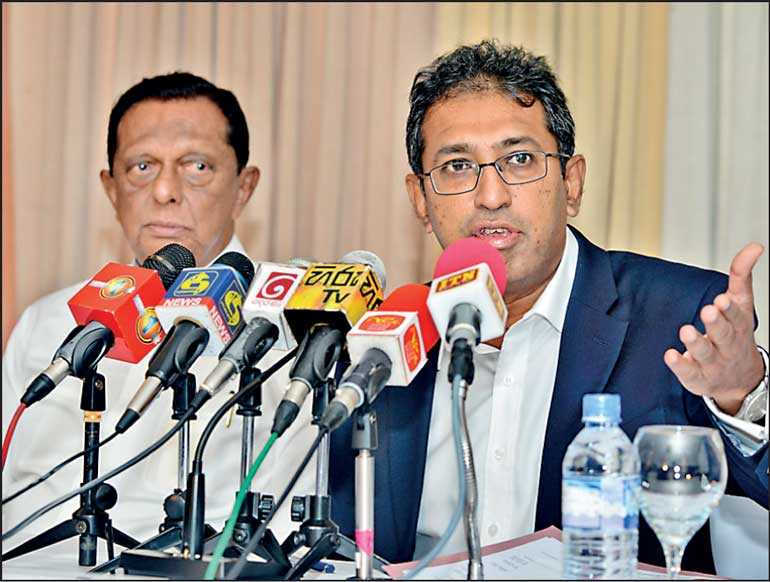 The Government-directed moratorium on repayment of capital and interest of tourism sector business borrowing from banks has drawn applications worth over Rs. 60 billion by end May, with the final numbers expected to be far higher.

Ministers John Amaratunga and Dr. Harsha de Silva yesterday made public the progress of Government initiatives for a quicker revival of tourism, following the Easter Sunday terror attacks on three churches and an equal number of five star hotels, killing 254, including nearly 50 tourists.

Quoting data from the Central Bank, Minister Dr. de Silva said as of end May, there had been 1,055 applications for the moratorium, and their collective repayment amount due was Rs. 62 billion. Of that total, around Rs. 26 billion has been processed and approved by banks.  According to the Central Bank, the banking sector’s total exposure to tourism is Rs. 280 billion.

Dr. de Silva emphasised the need for timely data, and asked the Central Bank to submit weekly information, as opposed to monthly.

At the media briefing, representatives of the Bank of Ceylon and People’s Bank said they have each received over 1,000 applications which are being processed. The value of BOC applications was Rs. 8 billion.

Amaratunga and Dr. de Silva, who are part of the Cabinet Sub Committee to fast-track the revival of tourism post-21/4, said the Government has taken multiple initiatives to support the tourism sector, which is most affected. “We have done our part. Given the tragedy, the banks and non-bank financial institutions such as finance and leasing companies have a national responsibility to fast-track support via the moratorium,” Dr. de Silva emphasised.

Representatives of the tour guides, who also qualify for the moratorium, complained that banks and leasing and finance companies were not supportive or eager. “Several thousands of tour guides and their families are seriously affected, and if no action is taken there will be a bigger disaster,” a representative warned.

The Central Bank has scheduled a Bank CEOs’ meeting next week, where the progress and challenges concerning the moratorium will be taken up.

In early May, the Government announced that the Central Bank will direct banks not to seek capital and interest repayment of loans taken by all registered travel and tourism businesses for one year, i.e. till 31 March 2020. This is applicable for loans granted to the tourism sector as of 18 April 2019.

Travel and tourism loans registered on or before 18 April will be granted before 31 March 2020, under Enterprise Sri Lanka. The interest subsidy borne by the Government will continue to these loans from the date of grant.

As an additional support, the Government also announced interest-subsidised working capital for the travel and tourism sector. These working capital loans, based on annual turnover, will be provided under the Enterprise Sri Lanka program, with a two-year repayment period. For these funds, the Government will bear a 75% interest subsidy until 31 March 2020, and the applicable interest rate will be 3.4%.

As a further support measure, the VAT on tourism and travel industry was reduced to 7% from 15%.