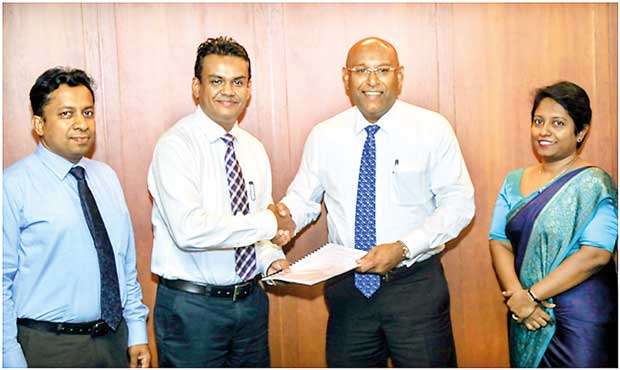 According to the Ceylex officials, the project, which would conform to the European environmental standards, is driven by the expertise of local engineers.

The construction of the two 10 MW wind power plants is expected to commence next month, while the plants are scheduled to be integrated with the national electricity supply in mid-2019.

The overall expenditure of the project is estimated at US $ 28 million. The remaining capital, apart from the Rs.3 billion NDB loan, will be invested by Ceylex Engineering (Pvt.) Ltd and Lanka Ventures Limited.

The Ceylex officials said this is the first instance tenders have been called to build wind power plants in Sri Lanka and this would also stand out as the first project to be able to produce electricity to internationally accepted rates as opposed to the staggeringly high rates charged previously.

The power plant will be able to contribute to the national electricity supply by producing a unit of electricity for an average amount of Rs.10.90, during the next 20 years.

This is beneficial and cost effective to the Ceylon Electricity Board when compared to the unit cost of about Rs.20 it spends to purchase power from similar wind power plants in operation at the moment.

The two plants are in line with the government’s blueprints to produce a total of 200-300 MW of power through renewable power sources by 2020.