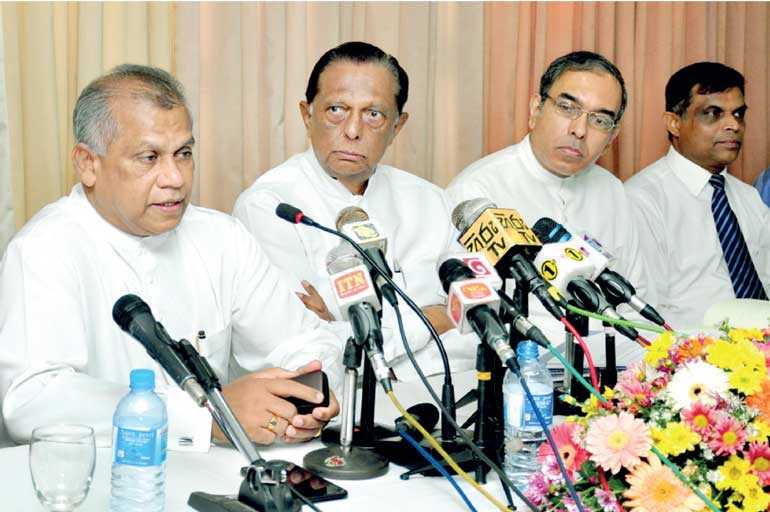 The Government listed out yesterday a comprehensive approach to ensure the safety of tourists after a spate of sexual attacks and violence targeting foreign visitors, while assuring that law and order will be enforced irrespective of status to all perpetrators.

The high-powered meeting was following the attacks and harassment of tourists from Europe and Israel by beach boys and other locals in two separate incidents last week in Mirissa.

He assured that before the end of the year 20 new Tourist Police Units will be established within the tourist’s hotspots. According to him the 2018 Budget has allocated Rs.30 million funds to uplift the Tourist Police Division.

While promising protection for all, the Minister pointed out that Government also need the support of the general public to take pre-emptive measures to mitigate and avoid such unfortunate incidents situations taking place in future.

Madduma Bandara assured that law and order will be enforced to all perpetrators irrespective of their status or connections.

Tourism Development Minister John Amaratunga said once the Police commence patrolling in the beaches, it would provide a fair control of such unfortunate incidents happening in future.

Noting that Police force is not strong enough in numbers to patrol the beaches and recruitment of Police officers is a time-consuming task, he suggested the IGP transfer Police personnel from outstations during the six peak months.

In addition, Amaratunga said that he will request permission from President Maithripala Sirisena to deploy Sri Lanka Navy personnel as well to the beach areas.

“We will now have to improvise ways and means to strengthen and ensure the safety of tourists,” he added.

Apologising for not being able to get any officials from the Excise Department, he stressed the department was responsible for causing these incidents as they have failed to execute its powers to regulate most of the restaurants which had been operating liquor bars without a licence for years.

“Many of these restaurants are selling various types of liquor to tourists with no licence, which is a huge loss to the Government coffers. We sent them a letter informing them about the meeting, but they don’t come to face situations of this nature — it is a pity,” he stated.

Amaratunga asserted that he will take this matter up with the Finance Minister soon as the Excise Department is blocking ways of increasing Government revenue in a large scale.

He also said that the Ministry, in collaboration with the SLTDA and the Hotels Association of Sri Lanka (THASL), will call for a special meeting next week with the Foreign Ambassadors to enlighten them on the measures the Government took to curb any unfortunate incidents happening in future.

The Minister appealed to victims to come forward to help identify perpetrators, promising safety and coverage of the expenses of those who return to their motherland.

“The case will be very strong if the people who were subject to the assault can come to identify perpetrators. However, there is no pressure and it is up to the victims. We will go ahead with the existing evidence, but we are very keen to prosecute and ensure that these culprits are taken to task and sent to jail. So, it will be a lesson to the rest of the people,” he added.

IGP Jayasundara said that they have already deployed the Special Task Force (STF) to Mirissa, and other SP Divisions in the tourist hotspots in the country. However, he emphasised that STF personnel cannot be permanently deployed to one place.

Agreeing that resources in the Police Department aren’t sufficient, he however stressed the available resources will be utilised in the most efficient and effective manner to ensure safety of all people.

SP Matara Division T. H.Marapana said a total of 14 suspects have been arrested so far linked to the Mirissa and Midigama assault and alleged sexual harassment on tourists last week, where they will be produced before an identification parade.

He said CCTV footage from crime scene as well as from two other hotels next to incident took place has been taken and sent to the Government Analysts.

Out of these, Mirissa and Ella have been recognised as priority areas to establish Police posts in the immediate future.

The Coast Conservation Department Director General Prabath Chandrakeerthi said they would abolish all 17 unauthorised buildings identified in the Mirissa area on 1 May, which has been communicated to the people already.

In addition, they will also dismantle all identified unauthorised buildings in Negombo on 8 May, while planning to do the same in the Uswetakeiyawa and Dehiwala areas in the near future.

He argued that if incidents of this nature are a common occurrence in the areas, there would be a reduction in tourists that go to Mirissa, similar to what happened in Tangalle a few years ago.

“We should see this as an isolated incident and take this as an opportunity to regulate the rest of the hotel trade in Mirissa,” Jayawickreme stressed.

He said they hope to conduct workshops in collaboration with the SLTDA and NGOs to educate local beach boys on the consequences of sexual harassment while insisting they respect women in the same way they treat their mothers. 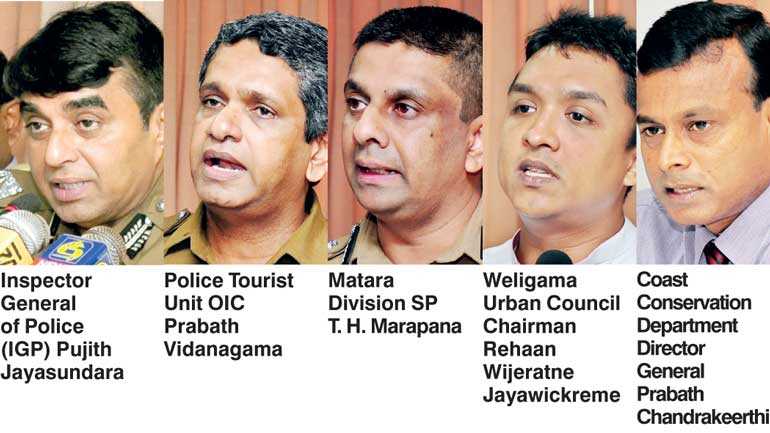