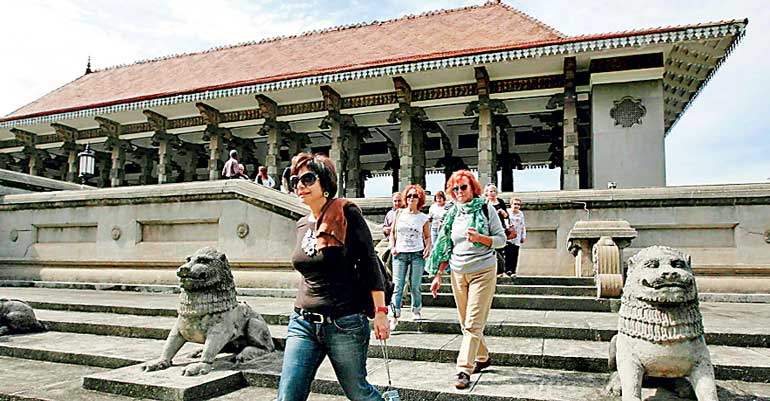 Despite a tough year, tourist arrivals to Sri Lanka reached an all-time high of 2,116,407 in 2017 according to the latest data released by the Sri Lanka Tourism Development Authority (SLTDA), but recorded marginal growth of 3.2% after adverse weather, dengue and a partially closed airport earlier in the year hampered growth.

The arrival figure for 2017 represents a 3.2% growth or 65,595 more arrivals over the preceding year when the figure crossed the 2 million mark for the first time.

The higher number of arrivals has been achieved despite serious setbacks to the tourism industry right throughout 2017. The first setback was the partial closure of the country’s main airport from January to April resulting in many airlines either scaling down operations or completely halting flights to Colombo.

Just weeks after the airport reopened in April, the southern half of the country experienced devastating floods that cut off access to many resort areas resulting in adverse international media publicity that had an impact on forward bookings.

This was followed by an unprecedented dengue epidemic centered around the commercial capital Colombo that lasted several months, which too resulted in negative reports on international media resulting in at least one country issuing a travel advisory based on the issue.

Further flooding and a severe drought in the central and northern parts of the country in the latter part of the year added to the climatic woes suffered by the tourism industry during the year which according to industry sources impacted forward bookings.

Of the total number of arrivals 2,085,272 reached the country via BIA in Katunayake, 5,491 via MRIA in Mattala, 10,569, via Colombo Harbour, 14,099 via Galle Harbour and 976 via other ports according to statistics from the Department of Immigration and Emigration.