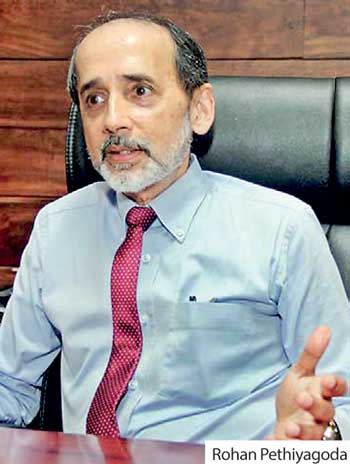 Fifty three tea factories are facing the prospects of having their licences revoked in the near future, after getting caught adulterating tea during a regulatory survey, the Sri Lanka Tea Board said yesterday.

“The survey results were very bad. We found 53 factories, as of today, adding substances to the tea and I plan to cancel the licences of those factories. They shouldn’t be allowed to be in the tea business,” Sri Lanka Tea Board Chairman Rohan Pethiyagoda told Mirror Business.

He said that 80 factories, which were suspected of adulterating tea, were surveyed but stressed that it was not a random sample and therefore, the results were not a representation of the total factory population.

Pethiyagoda said that the factories were found to have added sugar and glucose to their tea produce.

Adding sugar to tea during the manufacturing process gives out a more appealing colour to a brewed cup of tea but such adulterated tea becomes more susceptible to fungi, which may release potentially carcinogenic toxins, especially when stored at warehouses in humid conditions prevalent in areas such as Colombo, while the tea awaiting auctioning or export.

While some industry sources said that much worse substances are added to tea in some cases to get a particular flavour or aroma, Pethiyagoda said of the factories surveyed, only glucose and sugar were detected.

“I don’t believe they are using any other chemicals,” he said.

Pethiyagoda said that the Tea Board would not be taking any risk on the quality of Ceylon Tea.

“We are taking this very seriously because the Tea Board is responsible for ensuring the quality of tea worldwide and our international buyers have an expectation that the Tea Board will not allow factories to do anything improper; when I find someone doing something improper, my reaction is to shut them,” he said.

He added that he is unwilling to identify the errant tea factories at the moment, since they have been given a short period of time to present a defence on why their licences shouldn’t be cancelled.

“If anybody doesn’t have a defence, they will be put out of business because we don’t need criminals in this industry. They bring the entire industry down,” Pethiyagoda said.

Mirror Business learns that many of the tea factories found adulterating tea were in the low country areas.

Pethiyagoda, earlier this year had stated that most of the tea factories suspected of adulterating tea had political connections and had utilized these connections in the past to revive their businesses, after being slapped with temporary closures.

He had also said that he had no qualms about closing down as many as “a couple of hundred” tea factories out of the 700 in operation, as it would lead to a richer tea industry.

Speaking to Mirror Business yesterday, Sri Lanka Tea Factory Owners’ Association Chairman Harith Ranasinghe said that around 90 percent of the tea factories in Sri Lanka are running under capacity and therefore, the remaining factories would be able to handle the share of production, which was held by the 53 factories, if all of their licences are cancelled.

He called on tea factories to manufacture high-quality tea.

“Foreign buyers are very much concerned about the quality of tea they buy. Foreign buyers and the locals who are purchasing for international markets are trusting (sic) the auction and buying and therefore, it is our obligation to provide good quality tea,” he said.

The Tea Exporters’ Association (TEA) commended the Sri Lanka Tea Board for its actions, which would increase the confidence of Ceylon Tea in the international market.

“It sends the right message if the people who did wrong get punished. We were consulted and we all agreed on it,” TEA Chairman Jayantha Karunaratne said.
Tea is Sri Lanka’s second largest merchandise export, earning US $ 1.5 billion in foreign exchange in 2017, compared to US $ 1.3 billion in 2016.

The Sri Lanka Tea Board has until the end of this month to comply with the residue levels for tea exports to Japan.

“We have an understanding that by the end of March we should have our tea exported to Japan conform to the standards,” Pethiyagoda said, after returning from Japan.

He had visited the East Asian nation to discuss with the Japanese authorities on the recent changes to the chemical residue limits in the produce shipped to Japan.
Pethiyagoda said that the changes, which took place last October, were routine.

Since then, there have been detections of excess chemical residue in Ceylon Tea shipped to Japan.  Pethiyagoda said of particular concern was the level of residue of the chemical MCPA.

“One of the common chemicals we use in the tea industry (MCPA) is now used more and more because of the absence of glyphosate. Glyphosate is the world’s safest weedicide and we have banned it. As a result of that, we are using less safe weedicides,” he said.
Japan has stricter residue limits for MCPA.

Based on volume, the Japanese exports amounted to 2.74 percent of Sri Lanka’s total tea exports in 2017.

Sri Lanka tea exports have been facing headwinds as of late, with a temporary ban on Ceylon Tea by Russia last December after a beetle specimen was detected in a tea shipment.