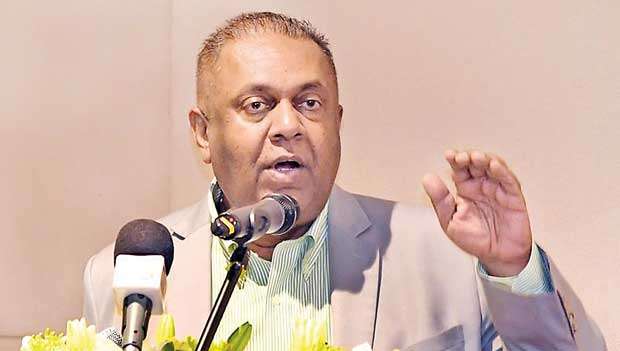 The rupee’s depreciation— it has weakened 9.9 percent since the start of the year—has accelerated this month due to foreign investors selling government securities. The currency dropped back to 169.00 per dollar on Tuesday, the all-time low first struck
last week.

Prospects of further increases in US interest rates and potential fallout from the US-China tariff war has put pressure on emerging markets like Sri Lanka.

“We should limit the imports of vehicles as much as possible. We should also reduce the luxury imports items and encourage local industries to stabilise the rupee,” Finance Minister Mangala Samaraweera said in a recorded statement issued late on Tuesday.

The government is under pressure over the rupee’s weakness, as critics say it will fuel inflation in the import-dependent island nation.

Last week the Central Bank issued new rules requiring vehicle importers to deposit the full value of the cars they intend to import via letters of credit from banks, instead of the current practice of depositing only a proportion.

And on Monday, Prime Minister Ranil Wickremesinghe said the government was preparing to increase import taxes to reduce the import bill by up to US $ 1 billion. He did not elaborate and a Finance Ministry official told Reuters that instructions had not yet been received.

The government has taken many steps to reduce the trade deficit by boosting exports but they have yet to bear fruit and Sri Lanka’s trade deficit totalled US $ 5.7 billion in the first half of this year.

Despite the pressure on the rupee, the Central Bank has maintained a prudent policy, only intervening when there is excess volatility or speculative trading becomes too strong.