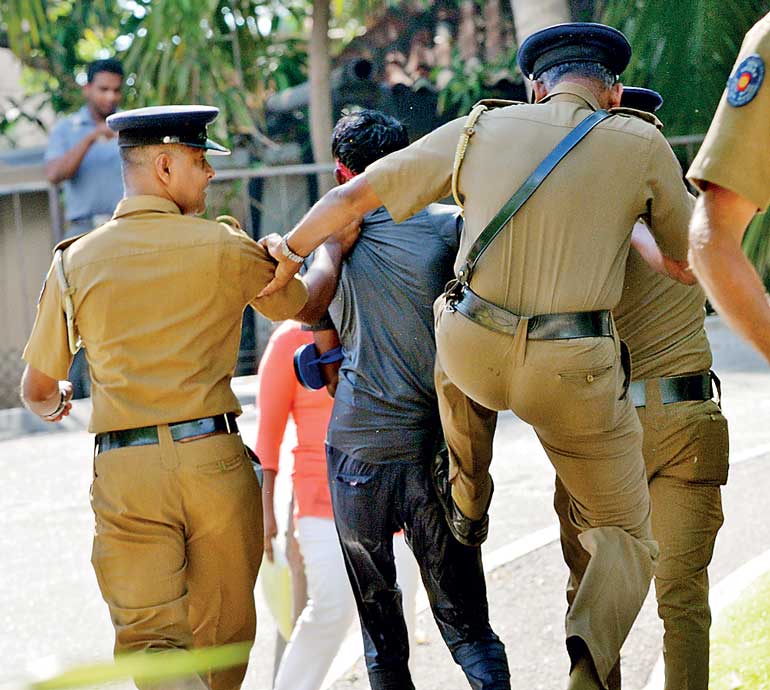 demonstrators. One of the protesting university students is seen here being apprehended by police officers

The Sri Lanka Medical Council yesterday filed a Leave to Appeal Application in the Supreme Court against the Court of Appeal’s ruling to provisionally register South Asian Institute of Technology and Medicine (SAITM) degree holders.

The Court of Appeal on 31 January ruled that a petitioner, an MBBS graduate of SAITM, had a legal right to be provisionally registered by the medical council since she had fulfilled the necessary requirements under the Medical Ordinance.

The Court of Appeal allowed the writ petition filed by petitioner SAITM with cost.

It had observed that under the Medical Ordinance, the Minister is empowered to declare by regulation that any provision of the ordinance which enables the holder of that qualification to be registered shall cease to have effect in relation to such institution.

However, the role played by the SLMC ends at that point and any steps with regard to the said recommendations of the SLMC will have to be taken up by the Minister under the provisions of the said ordinance.

It is further observed that the SLMC, without any legal basis, exceeded the power conferred on it.