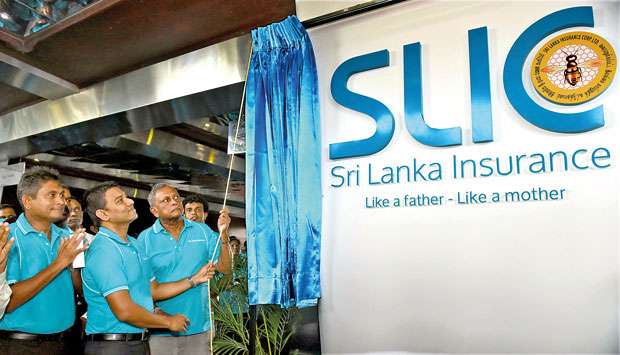 Launching the new corporate logo of SLIC yesterday, SLIC CEO Chandana Aluthgama announced that SLIC would partner with a local consultancy firm this Friday to develop and implement a comprehensive three-year strategic plan to drive SLIC to the next era, while regaining the market leadership.

“I believe we will become the market leader in life and general insurance segments in a short period,” he stressed.

Addressing the gathering, SLIC Chairman Hemaka Amarasuriya asserted that SLIC needs to expand its branch network at least to 225 branches, from the current 149 branches and service centres.
“In my opinion, being a leading insurance company, we need to have at least 225 branches. For an example, in the banking sector, all leading national banks have a branch network ranging from 220 to 300s.

We will begin the fast-tracked branch expansion plan from August 4, with the launch of the new branch in Katugastota,” he said.

Amarasuriya noted that SLIC plans to expand its network by 50 percent, which has received the approval of the subject ministry.

“We are fast-tracking a series of branch openings this year. We are trying to open three other branches in August and a few more in the following month,” Aluthgama added.

He also noted that SLIC would begin the procurement process to install a new computer system under the modernisation programme.

“We have received the Cabinet nod to procure a new computer system; we will commence the procurement process this year,” he said.

Amarasuriya pointed out that certain branches of SLIC don’t even have the basic equipment such as photocopy machines, scanners, etc. to carry out the day-to-day operations and he drew attention to the fact that though the SLIC board allocated funds to equip the branches with facilities, the SLIC branches have only utilised about 12 percent of the funds allocated for this year. Hence, he urged the management to fast-track the utilisation of funds to equip all the branches with these necessary facilities within this year.

“We need to adapt to new developments in the market. I am aware we have made certain progress but it’s not sufficient. We need to respect the customer’s needs, otherwise we will lose out,”
he emphasised.

Aluthgama noted that SLIC is in the process of modernising the core departments of SLIC, including the Human Resources and Finance, introducing new policies and processes.

He insisted that the new logo is a turning point for SLIC, which would direct SLIC to a new direction to face with the growing competition in Sri Lanka’s insurance industry.

However, he underlined that all the projects need to be implemented simultaneously to become more competitive and to become a market leader.

Aluthgama highlighted that SLIC has a distinct advantage over its private sector competitors as SLIC has become a well-recognised brand throughout the island, being a state entity.

Established in 1962, Sri Lanka Insurance Corporation is the largest state-owned insurance company in Sri Lanka, with a managed asset base of over Rs.193 billion and a Life Fund of over Rs.100 billion, the largest in the local insurance industry.

The company is also the first and only local insurer to secure Fitch Ratings AA+ (lka) rating for its long-term financial stability and strong capital position.