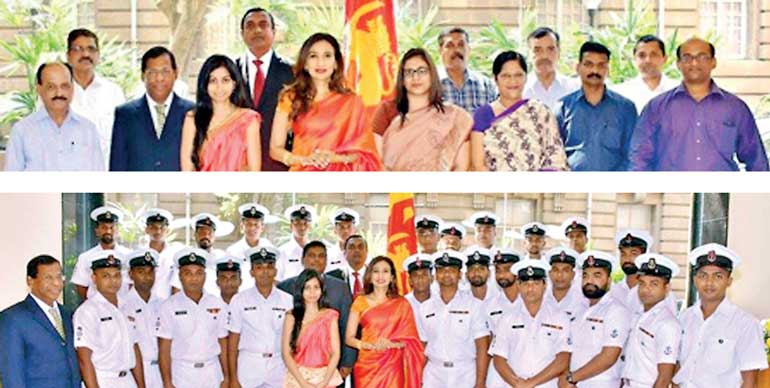 The Consulate General of Sri Lanka in Mumbai celebrated the 69th anniversary of Independence Day at the Mission premises on 4 February, with the participation of the Sri Lankan community in the states of Maharashtra, Gujarat and Goa and members of the Sri Lanka armed forces undergoing training in India.

The official ceremony commenced with the hoisting of the National Flag by Saroja Sirisena, Consul General, followed by the National Anthem and lighting of the traditional oil lamp. Two minutes of silence was observed in remembrance of the heroes who sacrificed their lives for the freedom of Sri Lanka.

The National Day Messages of the President, Prime Minister and Minister of Foreign Affairs were read out.

Addressing the gathering, the Consul General stated that the Consulate General of Sri Lanka in Mumbai remains a vital pillar in the framework of bilateral relations with India. She also emphasised that over the past year the Mission has developed and enhanced relations with the State Governments of Maharashtra, Gujarat and Goa. The Mission has increased its visibility in terms of representation and interaction with senior political leadership of the respective states and has also deepened relations with business chambers, trade associations and industry towards mutually beneficial partnerships.

The event ended with a reception for the invitees.