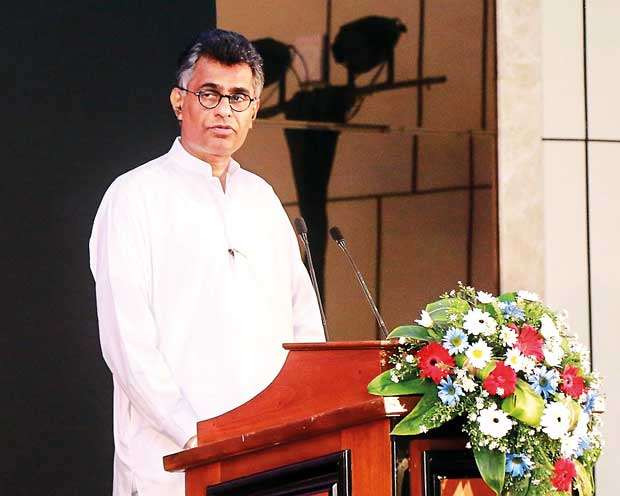 Sri Lanka is fast becoming a competitive economy regardless of the uncertain political climate that may persist, Megapolis and Western Development Minister Patali Champika Ranawaka said.

He said this at the inauguration ceremony of the City Condominium Developers’ Association of Sri Lanka, held at the Galadari Hotel, this week.

“This event of the association will encourage a new discipline to construction industry in Sri Lanka. We all need to understand that Sri Lanka is fast becoming a competitive economy irrespective of the political uncertainties that we are going through. Sri Lanka is gradually creating its due position in the global economy and is emerging as one of the most progressive nations in the world,” he said.

Ranawaka said that over the past three years, over a trillion rupees worth of construction activities have been progressing, with the majority of them in building, specially skilled residential development, tourism reloaded facilities and commercial office spaces.

“It reflects a booming property market,” he said. “The demand is surging and the real estate sector is progressing. It indicates that Sri Lanka is moving upwards onto a property cycle.”

“For the last three years the Urban Development Authority (UDA) managed to secure investments of more than Rs.900 million in the real estate sector. South Asia and South East Asia are the main attractions for upcoming investments from all around the world. We need to be competitive and make use of the best opportunities available to us.”

Ranawaka went on to say that the UDA has launched the online permits processing mechanism and that now anybody can obtain clearances, permits and other certificates much faster than before and in a more transparent process and with much confidence in the approving agency.

“The UDA and Sri Lanka Land Reclamation and Development Corporation (SLRDC), the institutions under the purview of the ministry, have provided many opportunities to invest in land development both in Colombo and other urban areas in Sri Lanka, but all in a transparent manner, calling competitive proposals and carefully evaluating them without any favour or undue dealings,” Ranawaka said.

Meanwhile, Ranawaka urged for more green building concepts when it comes to development in the condominium sector, saying that Sri Lanka has not come a long way in a green building development, as opposed to most European and Asian countries which have significantly adopted these concepts.

“UDA under our directions has been modernised and the ministry will be converted to a user-friendly digital platform to evaluate the index of doing business in Sri Lanka,” the Minister remarked in conclusion.

“I am pleased to inform that our ministry, the UDA and SLRDC are now governed by a set of professionals consisting of engineers, accountants, architects without any political influence or affiliation.”