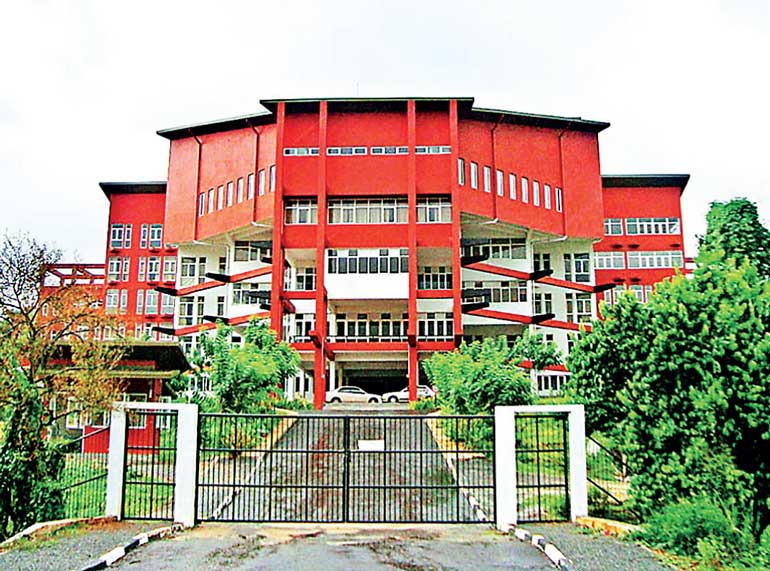 After many months of controversy the Government yesterday announced that the privately-owned medical faculty of the South Asian Institute of Technology and Medicine (SAITM) would be abolished and converted into a non-profit college which would effectively end the current ownership but the students would continue their studies at the new entity and be given training at Government hospitals.

The Presidential Committee to Resolve Issues Related to the Faculty of Medicine of the South Asian Institute of Technology and Medicine, having considered the recommendations made by numerous stakeholder groups, including the Deans of Faculties of Medicine of all State Universities, has proposed several proposals to arrive at a permanent solution which is reasonable to all stakeholders and in keeping with Government policy. “It is a timely requirement in the spirit of democracy that all parties cooperate to ensure the implementation of the proposed solutions, to cease disruptions thus far caused to the smooth functioning of universities and especially to provide an opportunity for students to return for education,” said the statement released by the Government Information Department.

In keeping with the principle of justice to all stakeholders, the Government hopes to implement several courses of action, the statement added.

The first of these will be the abolition of SAITM, which in this context refers only to the medicine faculty, it said.

“This shall be done in a manner legally acceptable to the current shareholders, lending institutions and the new entity interested in taking over all operations and management of SAITM on a not-for-profit basis, thus ending the ownership and management structure of SAITM. The profit-oriented entity owned and managed by Dr. Neville Fernando and family would thereby cease to exist.”

The statement went on to say that through an agreement reached by the above parties, the assets, liabilities, staff and students of SAITM will be transferred to a non-state, not-for-profit (that will utilise any excess income over expenditure of the organisation for development and research or scholarships, without being distributed among shareholders) degree-awarding entity which will comply with the Minimum Standards on Medical Education and Training (to be legislated).

The new entity shall recognise all students currently enrolled at SAITM who possess the required entry qualifications. The opportunity will be afforded to these students to continue medical education at the proposed new institution.

Issues with respect to former students who have completed their degree course at SAITM should be addressed on the advice of the Sri Lanka Medical Council (SLMC), based on the determination of the Supreme Court case filed on the same.

Arrangements shall be made for these students who have completed the degree at SAITM to undergo clinical training at recommended government hospitals.

The admission of medical students to SAITM has been suspended by a letter issued by the Secretary of the Ministry of Higher Education on 5 September 2017. This suspension will continue. Accordingly, all new admissions shall be made to the new entity only when complying with the Minimum Standards on Medical Education and Training to be legislated.

The Government shall cooperate on all endeavours to make available, through financial institutions, subsidised student loan schemes to eligible students from low-income families to meet the cost of tuition and fees.

“Current shareholders of SAITM shall not participate in the ownership or management of the new entity. The cooperation of Dr. Neville Fernando and family is extremely important in this regard.”

The Ministry of Health shall gazette and place before Parliament the agreed Minimum Standards for Medical Education and Training based on the draft submitted by the Sri Lanka Medical Council (SLMC), upon the conclusion of discussions with the SLMC, the Attorney General and other relevant stakeholders. This task must be mandatorily completed within one month from Sunday, the Committee said.