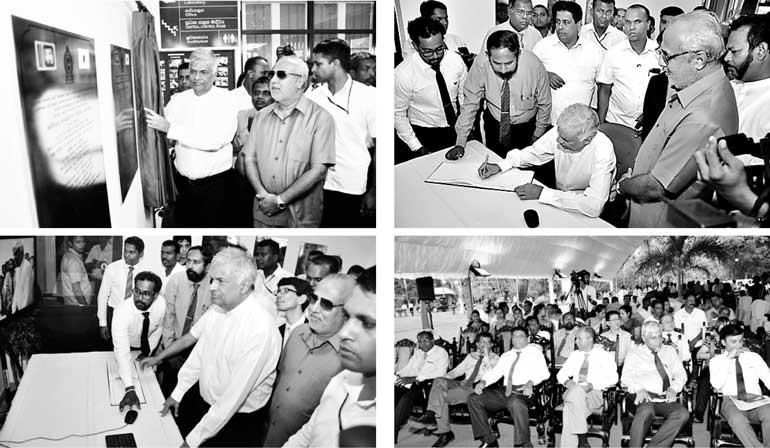 The laying of pipelines for distribution systems in Kesbewa east/west, Jamburaliya, Piliyandala, Miriswatta, Koralaima, Gonapola, and Kumbuka areas. Rehabilitation of 51 km of distribution system in the southern part of the Colombo 1 area, namely Pettah, Hultsdorf and parts of Kotahena and Maradana, and transmission and distribution improvement in Panadura and Kiriberiya. Around 300,000 of people living in the above areas will benefit from the project.

JICA is also discussing with the GOSL the possibility of extending assistance for Kalu Ganga Water Supply Expansion Project that further expands Kalu Ganga by constructing another water treatment plant with a capacity of 140,000m3/d for catering to the increasing water demands in the southern part of Greater Colombo and parts of Kalutara Districts.

Pix by Ashraff A. Samad