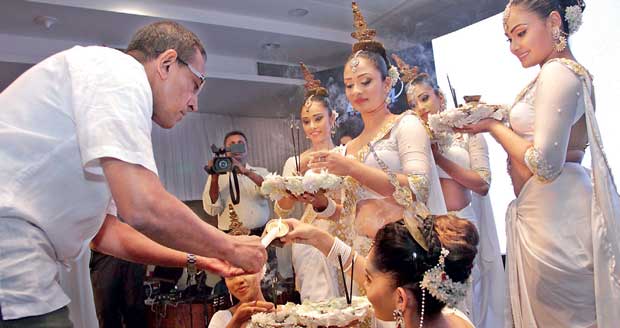 By Chandeepa Wettasinghe
The Prime Minister Ranil Wickremesinghe will soon take a decision on the restructuring of the state-run national carrier SriLankan Airlines over the next couple of months, following the submission of recommendations by a Cabinet committee this week, amid efforts to find a partner to manage the debt-ridden and loss-making airline.

“By 31st of July, we have to give an internal restructuring plan to the Prime Minister, basically looking at what we have to do internally with SriLankan.

Irrespective of whether we are getting a partner or not, we need to move forward,” Public Enterprise Development Minister Kabir Hashim told Mirror Business.

Hashim was talking to reporters on the sidelines of the first Annual General Meeting of the Executive Association of SriLankan Airlines held this weekend in Colombo.

The reason for the formulation of a restructuring plan was due to the numerous delays in finding a management partner. The initial aim was to find a partner by January 2017, which was delayed till June 2017, with multiple international firms flaking out of entering into an agreement with the government.

“Due to the delays in selecting a suitable business partner, the Cabinet Committee on Economic Management has appointed a high-level committee to study all the options available for the restructuring of SriLankan Airlines,” the country’s General Treasury said in a report this month. Hashim noted that the most important proposals from the report submitted by the SriLankan Board are being selected. “They (the board) have given a plan but we’re now focusing tightly on what are the key things which have to be implemented over the next couple of months,” Hashim said. SriLankan’s operational losses widened to Rs.28.14 billion in 2016 from Rs.12.62 billion in 2015. The operational losses for the first four months of 2017 were Rs. 9.52 billion. Although this may suggest a trend of reaching losses similar to 2016, the figures now include Mihin Air’s operations. Last November, the airline had to absorb the loss making budget airline Mihin Air, which was started by the previous regime. Further, the airline was the most affected by the restriction of flight operations to the main airport in Katunayake for three of those months due to runway renovations.

The airline’s top management was recently heavily criticized by the cabinet for not turning in a better performance. By the end of April, the airline’s accumulated losses were Rs. 170 billion, and the company’s net worth was a negative Rs. 116 billion. Bank borrowings amounted to Rs. 91.59 billion, with Treasury guarantees amounting to Rs.29.92 billion and US$ 210 million. Around Rs.130 billion in losses were accumulated during the past regime through nepotism, corruption and mismanagement, which cancelled a lucrative management and equity sharing contract with Emirates in 2008.

Despite an investigation and a published report, there are allegations that some who were complicit in these affairs are still employed at the airline. Dias had earlier this year brushed aside the report as going into personal details, which the management should not get bogged down in.

Meanwhile, Hashim implored the members of the Executive Association of SriLankan Airlines to get their act together to make the airline profitable. The association too appears to want to contribute, since its theme for this year is to ‘Transition from a blame culture to a problem-solving culture’. However, Hashim also acknowledged that progress has been made.

“In the last one and a half to two years since I took over, despite not being able to achieve the targets set, there has been progress, and any amount of progress is progress,” he said.

Govt. in talks with 3 major airlines

The journey to find a management partner for SriLankan is entering a new chapter, with the government set to conduct negotiations with three major airlines over the next few days.
“In the next few days there will be a few parties talking to the committee. We will begin to negotiate with a few people and see how it goes,” Hashim said.

“There are three airline companies, major ones talking to us.

I don’t want to tell the names because they don’t like that,” Hashim said. He confirmed that business tycoon Harry Jayawardena, who is the local agent for Japan Airlines and All Nippon Airways, is in the running. “They said that they are interested. We wrote back, from the ministry. We are ready to talk to them, but after that they haven’t come back to us. So we’re waiting to see,” Hashim added.