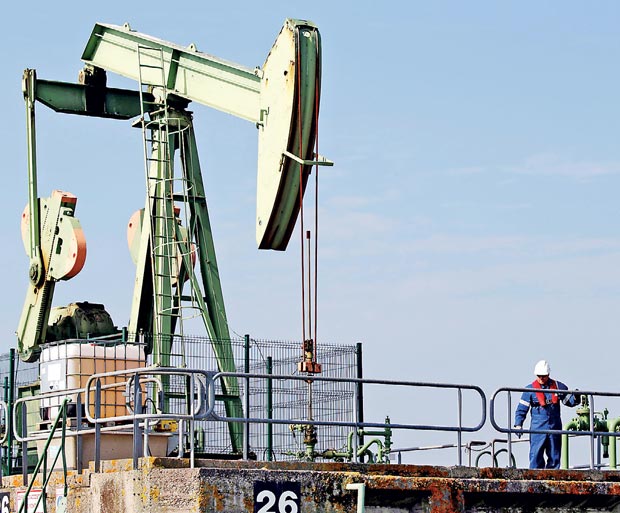 Oil prices held steady yesterday, with Brent crude hovering near US $ 60 a barrel, buoyed by comments from Saudi Arabia’s Crown Prince backing the extension of OPEC-led output cuts.
International benchmark Brent crude futures LCOc1 were up 3 cents, or 0.05 percent, at US $ 59.33 a barrel at 0648 GMT.

WTI has been weaker relative to Brent as rising US output has capped prices in the United States.“Oil raced higher overnight with Brent finishing in sight of the magical US $ 60 a barrel mark, spurred on by Saudi remarks supporting the oil production cut through to the end of 2018,” said Jeffrey Halley, Senior Market Analyst at futures brokerage OANDA in Singapore.

Saudi Arabia’s Crown Prince Mohammad bin Salman told Reuters on Thursday that the kingdom would support extending the output cut in a bid to stabilize oil demand and supply.

The Organisation of Petroleum Exporting Countries (OPEC) and some non-OPEC producers including Russia have pledged to curb their production by around 1.8 million barrels per day (bpd) until the end of March to drain a global supply glut. OPEC is expected to discuss extending that agreement at a meeting in Vienna on November 30.

“If OPEC and their non-OPEC partners can agree to extend their production curtailments through 2018, then we estimate the oil market will remain in modest under-supply until 2019,” US investment bank Jefferies said.

Oil prices have hovered near their highest for this year in recent weeks amid signs of a tightening market, talk of an extension of the cuts and worries over conflict in Iraq.

“Prices for both Brent and WTI are now approaching important recent range tops. My rhetorical self is bullish longer term and my system is already long,” said Greg McKenna, Chief Market Strategist at futures brokerage AxiTrader.

Although the rising likelihood that OPEC will extend its output cuts raises expectations for a balanced market, US crude production remains an issue for OPEC as it strives to clear a global overhang.
US crude production C-OUT-EIA rose by 1.1 million bpd to 9.5 million bpd in the week ended October 20, according to US Energy Information Administration (EIA) data.