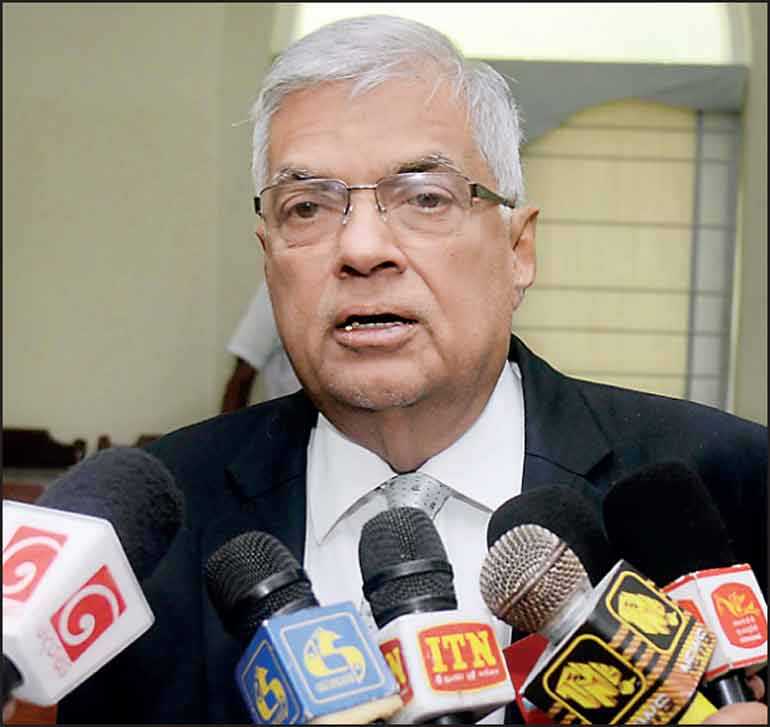 The Prime Minister, announcing the new measures that were adopted after recommendations were made by a group of experts, said the Government would review the procedures over the next few weeks and make adjustments if necessary.

“I hope this will be good news before the New Year,” he told media, while delivering a brief statement at the Government Information Department.

“We hope that through these measures, access to credit will improve for the private sector. We were hoping to introduce these measures last year with the Budget, but because of the outflow of funds during the constitutional crisis, we were unable to do so. We want to protect the stability of the economy, while rolling out these policies. The fiscal consolidation measures that we adopted have given us the space to take these steps. We will meet in another month or six weeks to evaluate any additional changes or considerations and implement them,” he told reporters.

Following Wickremesinghe’s short statement, a press hand-out was circulated, which detailed the measures that the Government will introduce. The hand-out noted that, “although no interest rate caps on lending has been proposed by the working group at this stage, the need for it will be reviewed if the intended reductions do not take place expeditiously.”

The working group was made up of members of the Monetary Board, CEOs of banks, and representatives of the Institute of Chartered Accountants, who were invited to a meeting to propose recommendations to reducing interest rates. The Governor of the Central Bank had earlier expressed the view that market interest rates have not responded sufficiently to the monetary policy stance, and real market interest rates remained at very high levels, and therefore a more effective and speedy transition mechanism was necessary.

The bankers had said that certain issues arising from the implementation of Basel III capital requirements and International Financial Reporting Standards (IFRS) 9 were also causing problems.

The recommendations called for imposing deposit interest rate caps on banks, and revising the basis for determining the existing caps on finance companies.

“Provide the banks the ability to define their credit policies, to enable advances up to Rs. 25 million granted to SME sector, to be handled in a manner that will provide flexibility to banks to reduce the expected loss impairment charge arising from IFRS 9, for a period up to June 2020, during which time the banks will be required to validate their internal models. In particular, the banks could have internal policies setting out the criteria for granting and extending TODs (Terms on Over Drafts), so that a mere extension of the facility would not require it to be treated as impaired if there are sufficient underline business reasons for the extension.”

The recommendations also said to permit deposits up to Rs. 250 million from SMEs (instead of the present limit of Rs. 50 million), to be treated in a manner that will reduce the liquidity requirements needed under the liquidity coverage ratio.

The working group also recommended banks should design a revolving working capital product for SMEs to replace the TODs, and introduce risk-based pricing instead of applying the unauthorised OD rates.

“The Monetary Board of the Central Bank has accepted these recommendations on principle, and directions or guidelines on this regard will be issued by the Central Bank, after formal approval of the Monetary Board is granted. The main aim of these proposals is to ensure that the lending rates across the system reduce in an equitable manner by about 200 basis points, instead of only benefitting the major corporate sector,” the hand-out to media said.