You are here: Home / Business Now / Nalin Perera sworn in as new CJ 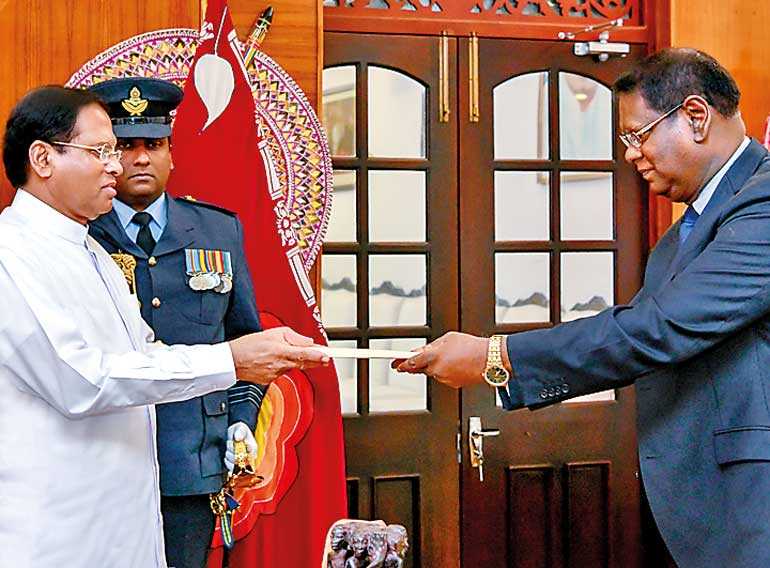 He was nominated by President Maithripala Sirisena to the Constitutional Council for post of Chief Justice on the retirement of Justice Priyasath Depp.

Nalin Perera joined the judicial service as a magistrate and gradually promoted to a Supreme Court judge by the President .

Earlier yesterday the Constitutional Council, headed by Speaker Karu Jayasuriya, which met for the first time after the appointing of its new members, approved President Maithripala Sirisena’s nominee, Supreme Court Judge Nalin Perera, to be the new Chief Justice.