You are here: Home / Business Now / Mullaitivu protesters to get back land

Opposition Leader, TNA head R. Sampanthan, yesterday said the Government had given a guarantee that protesters demanding their land in Keppapilavu and Mullaitivu would be given access to it within the next few days, following discussions held with the President and the Commanders of the Army and Air Force. 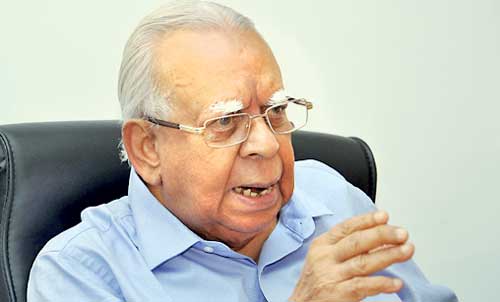 Sampanthan and two other TNA Members of Parliament yesterday met President Maithripala Sirisena to explore solutions to the demands of private owners of land, which is currently being held by the armed forces.

“The President gave instructions for the land to be released in Keppapilavu to 54 families who have been demanding land. Out of them 42 land certificates have been examined by the Government Agent (District Secretary). The families have been given alternative lands as well, so they will now have to decide which land they want,” Sampanthan told the media.

More than 50 families, including children, have been protesting over the past month demanding access to their plots land, prompting the TNA to take up the matter with the Government. The families, who have accepted alternate housing given by the Government, will have to return the houses should they chose to return to their original land, Sampanthan explained.

Shortly after the protests in Keppapilavu commenced, a group in Puthukkudiyiruppu also demanded their land be returned. According to TNA MP M. A. Sumanthiran, who was also present at the meeting with Sirisena yesterday, 19 families – the original owners of 16 acres of land now held by the Air Force – will be given their land after the base is relocated.

“The delay was in releasing the land for the Air Force. The land allocated for the base was held under the Department of Forest, as the President is the subject minister today he gave instructions to release the forest land to set up the base,” Sumanthiran said.

Instructions have also been given to release the land belonging to Mullaitivu Central College currently occupied by the Army. The school has a student population of over 2,500 leading to space constraints due to the Army occupation, Sumanthiran revealed.