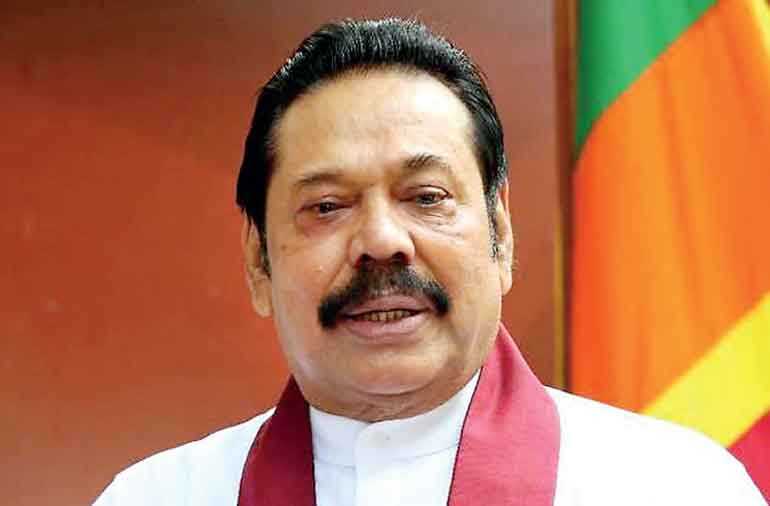 Opposition Leader Mahinda Rajapaksa proposed the Government launch a special economic package targeting those who lost their livelihoods due to the Easter Sunday attacks.

According to Rajapaksa, the economy took a serious blow with almost all industries and trades coming to a stop, reducing the income levels of the employees, entrepreneurs and the farmers. Demanding the Prime Minister’s response, the Opposition Leader told the Parliament yesterday that the economy has hit rock bottom and the Government is late in taking action.

“The Easter Sunday attacks have delivered a bad blow to our economy, crippling business from top to bottom. The transport sector has come to a standstill where owners are unable to repay the leasing instalments. The farmers are unable to sell their produce and rural agriculture has collapsed. The export of black pepper and areca nut has gotten stuck. The tourism industry has collapsed where many employees were sent on leave without pay. Over 300 flights were cancelled. On top of this, many artists who have spent considerable amounts of money to celebrate the national Vesak festival are unable to recover their investment. Especially those who do pandols,” he said.

Proposing the Government launch a bailout program for the loss-making businesses, MP Rajapaksa wanted the bad debt to be written off and the penalty interest waved off.

“The Government should provide a method to come out of this economic trouble. Concessions should be given to take off interest on the pending instalments. The government should write off some loans. Both the Government and the Ministry of Finance have considerable responsibility. A package should be introduced to overcome the economic troubles which started with the Easter Sunday attacks,” he added, advising the Government to stop criticising the Opposition and join hands to resurrect the fallen country. Prime Minister Ranil Wickremesinghe is to reply next week. (AH)