You are here: Home / Business Now / Migration a pillar of global economy: PM 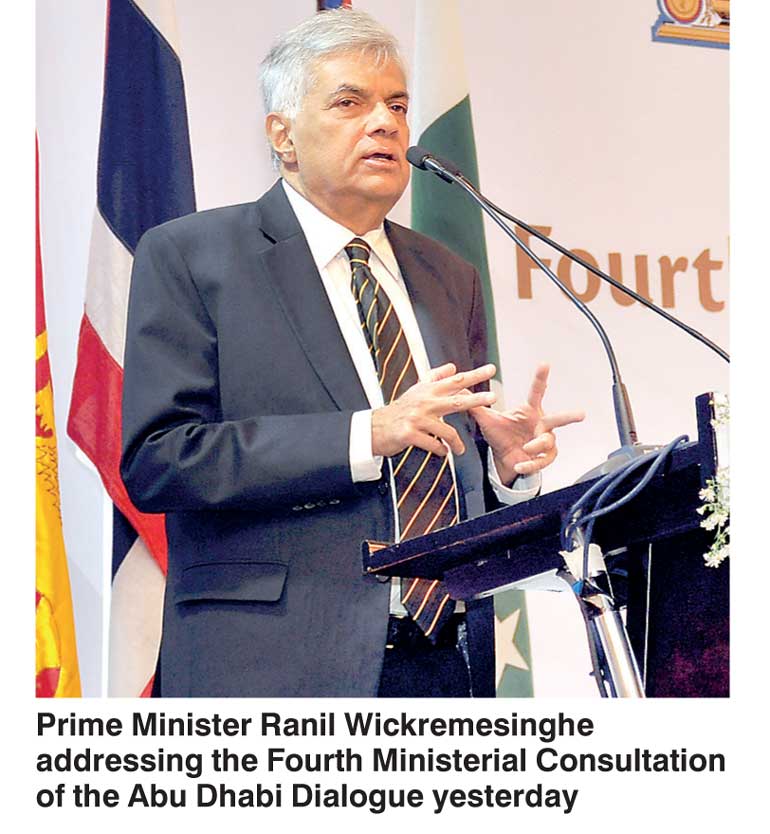 Prime Minister Ranil Wickremesinghe yesterday backed globalisation-linked migration as being essential elements of development, recalling Sri Lanka’s connection to large movements of people in history and outlining plans to cement those ties by giving seven perches of land to each plantation sector family.

Wickremesinghe, addressing the Fourth Ministerial Consultation of the Abu Dhabi Dialogue, recalled the 19th century migration of people from India under the British Empire for plantation work around the world and Sri Lanka’s part in this movement. He also recapped the process that took place with the involvement of the Indian Government to provide these communities with citizenship after Sri Lanka gained independence and spoke warmly of the country’s ability to resolve the issue without creating conflict but at the same time providing rights to migrants.

In recent years Sri Lanka has seen a substantial increase in migrants, in fact by International Labour Organisation (ILO) estimates as much as 7.34% of Sri Lanka’s population or over 1.6 million people live outside the country and they are the highest foreign exchange earners, contributing about $ 6 billion to the economy each year. However, Sri Lanka’s migration constitutes a tiny fraction of the global migration figure which lies in the region of 244 million.

“Freer movement of goods and services and people are the pillars on which the global economy runs. There is no other way. As long as these pillars thrive then our system runs. What will happen if the pillars collapse? The host countries cannot develop and countries like Sri Lanka will face major challenges in earning foreign exchange. For us this has also become a way for mobility, social mobility. A large number of those that go abroad come back with more money and they have a better life. This has been an instrument of social mobility. Just as much as determining oil process of Middle East countries allowed a better standard of life for those countries.”

Wickremesinghe insisted that these people had a better chance to educate their children, build houses, buy land and essentially form the middle class of Sri Lanka.

“They are out there earning. The middle class is being created in our country partly due to migration. This is very noticeable in areas such as Kerala where those with foreign employment have funded entire communities and developed a region. So this is all one economic arrangement in the world and this has to go on. Last week I was in Davos and we listened to two world leaders who made the commitment to the initial principle, even though they themselves have problems, migration must carry forward within the framework of today’s economy. So we have to safeguard this process.

“More and more of the emphasis is coming on the Asia and Pacific. South Asia is becoming the fastest-growing nation and this whole region from South Africa to Indonesia is the fastest-growing region. So how do we make use of this, allow for more migration and influence them beneficially? Sri Lanka is looking at exploiting its geographical location and becoming a hub for the Indian Ocean. Where we become the hub for logistics, business and we ourselves are developing our own corridors for development. Sri Lanka is able to do it because the whole area is developing, the global economy has developed and the fact that free employment has played a role. In this way all countries see the importance of migration. We are all in this together.”

At the 3rd Ministerial Consultation in Dubai last year, Sri Lanka was unanimously elected to be the next Chair-in-Office of the 18-member ADD among Asian countries of labor origin and destination.

Minister of Foreign Employment Thalatha Athukorala was appointed the chairman of the Abu Dhabi Dialogue for a period of two years succeeding Kuwait.

In her speech  Minister Athukorala noted the world is in the middle of unprecedented human mobility: one billion of the entire global population is made up of migrants; one in every seven people is a migrant. Were the 244 million international migrants to constitute themselves as a country, they would have a population slightly smaller than Indonesia’s and slightly larger than Brazil’s. They would have a gross domestic product roughly equivalent to that of a small to medium-size European country and far exceed all foreign aid. She called on all member countries, including China, to work together to deal with challenges facing migrants and find a way to protect and deliver their rights.

“We must find a way to work together. I appreciate the assistance and support given by the member countries and am confident that together we can improve the environment for all migrants,” she said.

The Asia Cooperation Dialogue (ACD) was inaugurated in June 2002 in Cha-Am, Thailand, where 18 Asian foreign ministers met for the first time. The ACD is a continent-wide forum, the first of its kind in Asia. More specifically, the ACD aims to constitute the missing link in Asia by incorporating every Asian country and building an Asian community without duplicating other organisations or creating a bloc against others.

A key principle is to consolidate Asian strengths and fortify Asia’s competitiveness by maximising the diversity and rich resources evident in Asia. The core values of the ACD are positive thinking, informality, voluntarism, non-institutionalisation, openness, respect for diversity, the comfort level of member countries and the evolving nature of the ACD process. 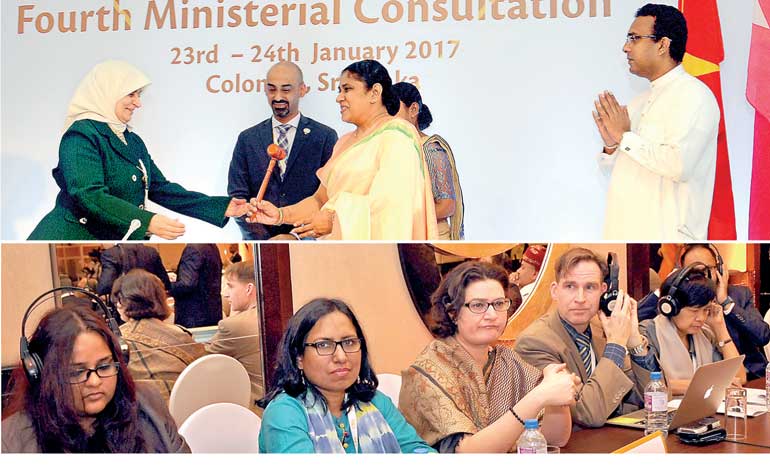 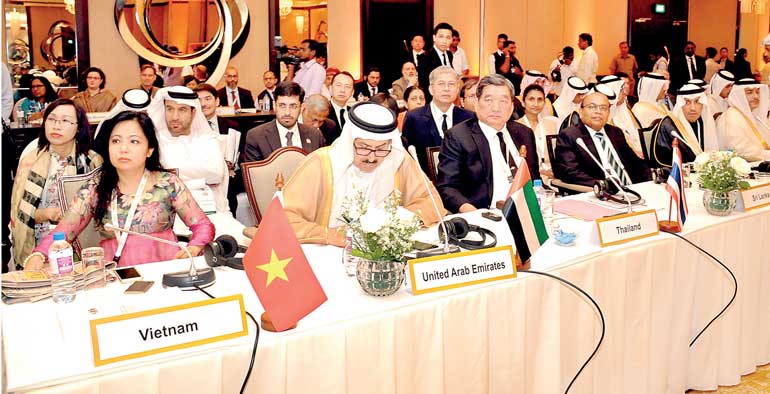