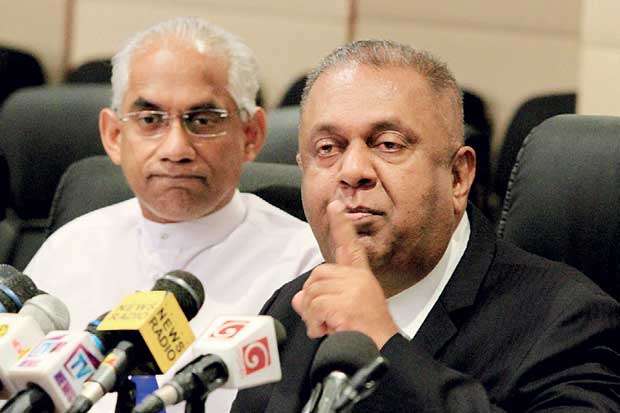 Addressing a special press conference, which coincidentally marked the completion of one year in his current position, Samaraweera noted that the government’s tax revenue base has been on a growing trend as the public are coming to terms with their responsibilities.

Speaking to Mirror Business, the Commissioner General of the Department of Inland Revenue (IRD), Ivan Dissanayake said the IRD has set a target to open 250,000 new tax files this year.

Dissanayake futher said the new tax files were opened based on the information gathered during February to March period.

“We haven’t estimated the income yet. They have time to make the payment until September 2019. However, we are expecting some payments from the new files this year,” Dissanayake said.

“The public have understood their responsibilities and have come forward voluntarily to pay their due taxes,” he added.

Meanwhile, Minister Samaraweera vowed to increase expenditure on education and health to 6 percent of GDP by 2025 and 3.5 percent of GDP over the next couple of years.

He pointed out that Yahapalana government has been steadily increasing expenditure on education, health and housing since it came into power in 2015.

Samaraweera asserted that the government has set a solid foundation for a stronger economy, referring to several economic indicators.

“Primary account surplus was recorded last year since 1992. We are expecting that the surplus will further increase in mid-term. We believe there will be a surplus in the current account this year. Accordingly, we will be able to cover all recurring expenditures through the government revenue,” he said

Samaraweera noted that the debt to GDP ratio has fallen to 77.6 percent in 2017 from 78.8 in 2016 and the government is in the process of paying off loans taken by the former regime for the next 12 years. He accused the former president of fabricating the real debt scenario of the country to the public.

Samaraweera challenged Rajapaksa to face him as the former finance minister in a public debate to discuss and settle the debt issue once and for all.
According to him, the government will have to pay off Rs 11.4 trillion worth of loans acquired mostly by the past regime. He stressed that almost half of the loans acquired by the present government were for the interest payments for the loans acquired prior to 2015.

Despite the criticism levelled against the current government, Samaraweera stated that the expenditure on Samurdhi and other transfer payment programmes for underprivileged communities has been increased to 3.4 percent of GDP from 3.1percent and the government also was able to increase the salaries of state employees in 2015 by Rs.10, 000, which was the first salary increase since 2006.

Speaking of the cost of living, Samaraweera insisted that the cost of living has not exceeded the 2014 levels while adding that the income levels of the citizens have increased steadily during the period as Sri Lanka became an upper-middle country in 2017, reaching US $4,065 in per capita income.

The government is in discussion to change the formula for the advance income tax deduction from salaries, following the increased Pay as You Earn (PAYE) tax including allowances introduced by the new Inland Revenue Act.

“We have found that some people get more non-cash benefits than cash payments. In certain instances, their salaries are not enough to deduct PAYE.

In those circumstances, we have made little changes, so that it’s comfortable for accountants to deduct the PAYE tax from the salaries,” Commissioner General of the Department of Inland Revenue Department (IRD), Ivan Dissanayake said.

In addition, Dissanayake said that IRD also proposed to reduce the 10 percent withholding tax on rent income to 5 percent.

Speaking to Mirror Business, the State Minister of National Policies and Economic Affairs, Dr. Harsha de Silva said the proposals are currently being discussed and no final decision been taken.

He said the Finance and Mass Media Ministry is expected to release a new circular on PAYE tax, shortly. 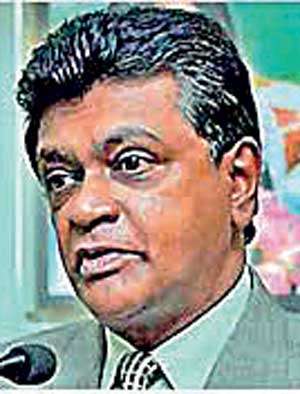 “I think he will be appointed in a day or two,” Samaraweera stressed.

There were rumours that Wijesingha’s appointment has been blocked at the Presidential Secretariat level.

However, Samaraweera dismissed such speculations.

“…usually we have to refer new appointments to the Presidential Secretariat. It’s just a procedural delay, that’s all,” he said.

The SEC has been without a Chairman and a Commission since January 25 with the ending of the term of the Commission led by Thilak Karunaratne.