A group of Japanese experts presented their report on the Meethotamulla garbage dump collapse to President Maithripala Sirisena and Prime Minister yesterday in separate meetings. 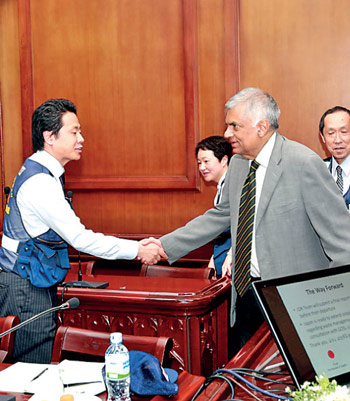 He pointed out that although the Meethotamulla disaster began as a human tragedy, the garbage there had now caused a political issue. He highlighted the need for a lasting solution to the issue and sought the continued support of Japan in this endeavour.