You are here: Home / Business Now / Guidance given by spiritual leaders important in finding solutions to global issues: President 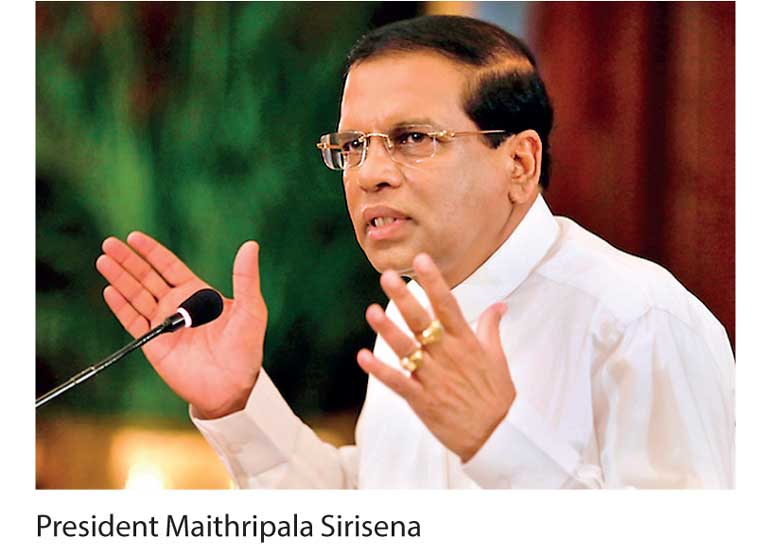 President Maithripala Sirisena says the guidance given by spiritual leaders was very important in finding solutions to current world issues.

The President made these remarks at the inauguration ceremony of the international seminar, organised by Sri Lanka Islamic Center. The opening session of the seminar was held yesterday at Temple Trees.

Representatives from the Middle East and Asian countries participated in this seminar held for two days under the theme of ‘Islamic Reality and Timely Challenges’.

The Sri Lanka Islamic Center organised this seminar with the objective of spreading the message about the imperative need for working with the world community in coordination with every country with cordiality and respect for all religions and the human rights of everybody.

Speaking at this occasion, the President said the building of the peaceful nation we all expected would not be difficult if all of us were determined to live as Sri Lankans in one Sri Lankan nation.

“We should be committed to build a country where brotherhood and reconciliation are strengthened by establishing a permanent peace,” he said.

“The result of the fight for power and wealth between humans will only end in the destruction of a human by another human,” he added.

“To prevent wars in the world we should speak not just with those who are engaged in the war but also with the people who produce weapons to be used in wars. If every country can take action to stop producing weapons it will be the most important step towards peace in the world,” the President added.

Speaker Karu Jayasuriya, Minister M. H. Abdul Haleem, State Minister A.H.M. Fowzie and the President of the Sri Lanka Islamic Center Hussain Mohammed were among those who participated in this international seminar.