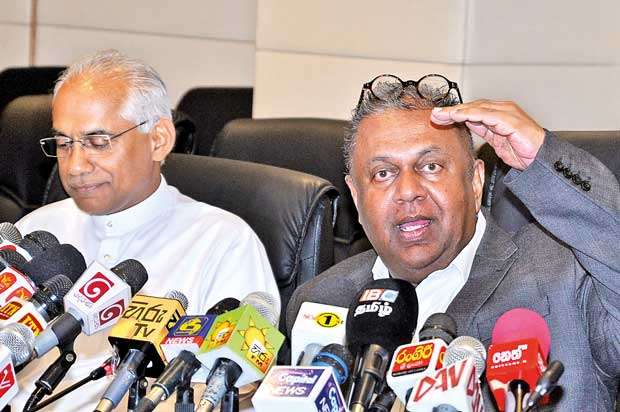 By Nishel Fernando
Sri Lanka plans to bring several amendments to the new Inland Revenue Act (IRA) within next six weeks, following the emergence of several discrepancies during the implementation of the act, Finance and Mass Media Minister Mangala Samaraweera said.

He said some concerns have been raised particularly over the pay-as-you-earn (PAYE) tax.

“We have observed some deficiencies during the implementation of the IRA. Hence, we are bringing a few amendments to the act as measures to correct them within next six weeks,” Samaraweera told reporters in Colombo, last Friday.

Apart from the PAYE tax, the tweaking to the act will resolve confusion that has arisen on the taxes charged on minor savings accounts, royalty payments, NRFC and RFC accounts and some Board of Investment-related tax issues, he said.

However, Samaraweera highlighted that Sri Lanka is increasingly gaining recognition as the most progressive taxation system in Asia, with the implementation of the new IRA.

Meanwhile, the minister revealed that Industry and Commerce Minister Rishad Bathiudeen had agreed to draft a new bill strengthening the Consumer Affairs Authority (CAA) in order to combat the errant traders.

Samaraweera stressed that in a free market economy, the CAA must be strengthened as it has an important role to play in protecting consumers.

Responding to a media query on the troubled ETI Finance, Samaraweera admitted that there are several loopholes in the Finance Companies Act and noted that his ministry is looking at bringing in several amendments to the act to plug these loopholes.

“We are driving forward the economy with the support of the Central Bank and Treasury officials, even with the mentioned criticisms,” he said.