You are here: Home / Business Now / Govt. has no intention to bring bond rogues to book: Cabraal – Daily Mirror 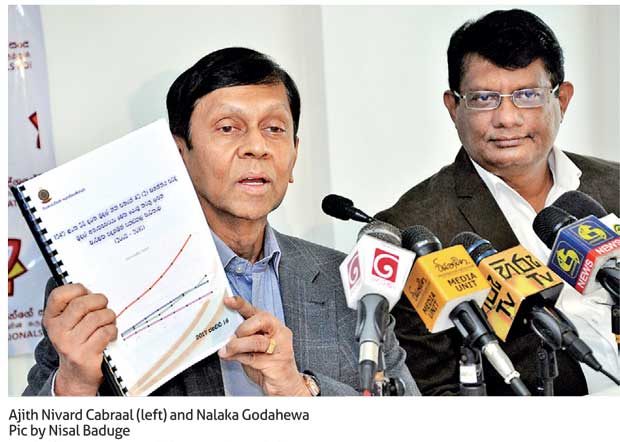 He said top leaders of the government including President Maithripala Sirisena and Prime Minister Ranil Wickremesinghe and former president Chandrika Bandaranaike Kumaratunga are trying to divert people’ attention to frauds which had allegedly taken place in the past. “The government should take action with regard to the fraud which had been proved today instead of pointing finger at alleged fraud incidents. The President and the Premier are vociferous today in making statements over the ‘likelihood’ of bond irregularities happened from 2008 to 2014,” Cabraal told a news briefing organized by the Patriotic Professional Forum in Colombo.

He said the report of the Presidential Commission of Inquiry (PCoI) into Central Bank bond issuance, lacks some of the evidence which deemed important during the recording of evidence.

“We respect the PCoI but we would like to highlight some of the points which we think require the attention. The aiding and abetting of the bond scam should also be looked at. The Prime Minister took responsibility of appointing Arjuna Mahendran as CB Governor and utilized the UNP to cover up the scam. The President approved the appointment of Mahendran and dissolved Parliament to protect the Premier,” he said.

Addressing the news briefing, former Securities Exchange Commission Chairman Nalaka Godahewa said there was nothing new in the PCoI report and that it was unlikely that action would be taken against those who are responsible.

“Had the Commission investigated intensively into Bank of Ceylon releasing funds at the last minute to the auction, the names of the masterminds could have been revealed,” he said.