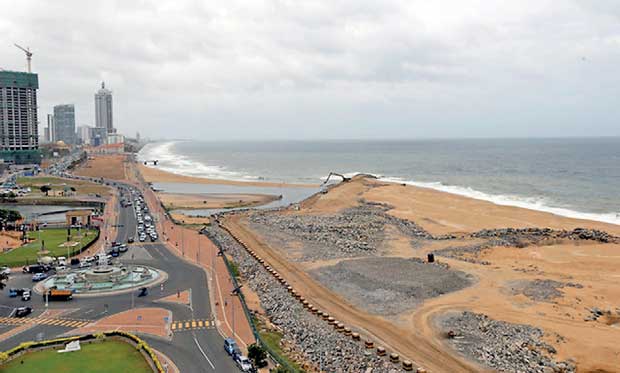 A team of international consultants are said to be already in town sketching the new piece of legislation and the policy framework under which the CIFC would be governed and the blueprint of the draft law could be available within a matter of a year.

The new piece of legislation will follow the English Law, the legal system governing the England and Wales. Sri Lankan government is believed to have obtained the services of Bob Wigley, the current Chairman of UK Finance – the apex body representing nearly 300 banking and financial services providers in or from the United Kingdom – and the former Chairman of Merrill Lynch for Europe, Middle East and Africa, as the lead consultants.

Accordingly, the US $ 1.4 billion CIFC, Sri Lanka’s single largest foreign direct investment thus far, will be governed by completely different set of laws, compared to the laws governing the rest of the country, and will have separate courts and arbitration centers.

A top lawyer in Sri Lanka at a recent forum expressed his doubts over placing the CIFC under separate jurisdiction as such a move requires the constitution to be amended, which he said is an arduous process.

But now the government is slowly moving ahead with the process of introducing a new constitution, despite massive opposition, which may pave the way for the introduction of a separate legal framework to govern the CIFC.

CIFC, which was earlier known as the Port City was initiated by the Rajapaksa administration.
The current Sirisena-Wickremesinghe regime in the run up to the election in 2015 vowed to scrap the project, which they alleged was a threat to the country’s sovereignty as the original agreement contained clauses pertaining to giving out freehold land in the reclaimed area to the Chinese.

But the duo had to soon give into the pressure from China and had to resume the project. The project was re-named as Colombo International Financial City and the government was able to negotiate a new project contract that did not include giving out freehold land to China.

According to the new project plan, the reclaimed land area will not only house a financial city but also a host of other facilities such as a marina, an international school, a hospital and a central park.
An estimated US $ 13 billion foreign investment is expected from 2018 onwards into the zone.

However, according to people close to the project, some key decision makers have told Prime Minister Wickremesinghe that there is little use in bringing new legislation unless the special economic zone could not come within the top 20 doing business rankings.

Hence, the new legislation will do away with exchange controls, allow free movement of people, hire expatriates from anywhere by the firms operating within the zone and will also enable hassle-free company incorporation.