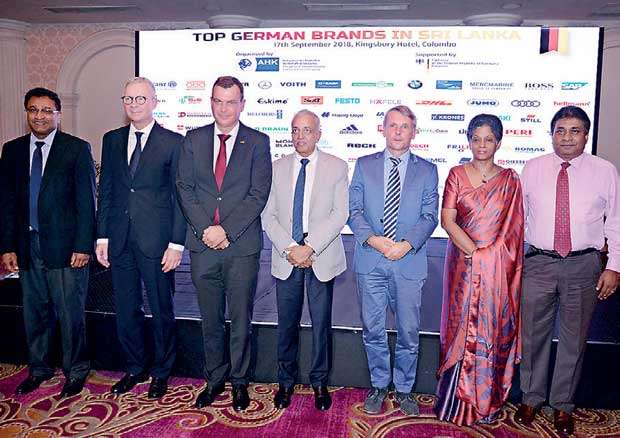 The majority of German businesses operating in Sri Lanka are either planning or considering making further investments in Sri Lanka over the next two years, a survey conducted by the German Industry and Commerce in Sri Lanka (AHK Sri Lanka) has revealed.

However, Hergenroether pointed out that German businesses are concerned about the reliability of governmental framework, political stability, finding and retaining qualified staff as well as increasing commodity and energy prices. According to the survey, 45 percent of the German companies believe that the government tender procedures are not transparent with only 20 percent expressing a positive perception.

However, Dr. Schaefer noted that weak public finances and heavy reliance on external financing have put the economy under the radar of investors.  He stressed that the continuation of the government’s reform agenda is paramount to gain investor confidence. He also advised the government to pursue more transparent policymaking, fiscal consolidation and immigration reforms to attract FDI and boost growth.  Referring to the survey, Hergenroether noted that 63 percent of the respondents had a neutral or improving perception of the overall economic condition of the country.  “Forty three percent evaluated that the Sri Lankan economic situation will be unchanged for another two years; 28 percent felt the situation will worsen in next two years and 20 percent of the respondents expect an improving economic situation,” he stated.

Meanwhile, Dr. Schaefer said the European Union (EU) should play a bigger role in Sri Lanka’s infrastructure development as the world has become a multi-polar system, where China is playing a major role.  German Ambassador to Sri Lanka, Jörn Rohde highlighted that Germany is increasingly becoming an important market for Sri Lanka.  “After Brexit, the German market will become even more important to Sri Lanka. I already see exports from Sri Lanka to Germany rising in 2018, compared to last year.

A lot of these companies are represented by agents. I think we want these companies to manufacture here in the future. For that, it’s important the business climate improves continually.” Hergenroether added that German brands could play a decisive role and become strategic partners for the much-needed transfer of know-how and technology for local industries become more competitive.

Sri Lankan exports to Germany grew by 13 percent year-on-year (YoY) in 2017 to 653 million euros while imports from Germany increased by 81 percent to 570 million Euros. The German FDI to Sri Lanka currently stands around US$ 1.2 billion.