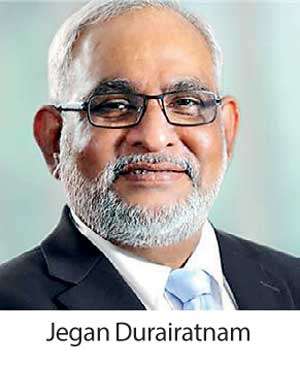 Former Commercial Bank CEO Jegan Durairatnam, who recently retired, has been appointed to the director boards of two listed firms—a bank and a hotel owning company.

DFCC Bank PLC last month announced the appointment of Durairatnam as an Independent Non-Executive Director with effect from August 30, 2018.

DFCC is the largest shareholder of Commercial Bank with a 13.5 percent (voting shares) holding.

DFCC Bank Chairman Royle Jansz is set to retire next year after a spell of nine years as director.  Speculation is rife that Durairatnam is likely to replace Jansz.