The interim results released by John Keells Holdings PLC (JKH) for the June quarter proved that even the country’s largest conglomerate in terms of market value is not immune to the headwinds in the economy.

JKH group, which has interests in consumer foods, leisure, transport and financial services, reported earnings of Rs.2.04 or Rs.2.8 billion for the April – June quarter (1Q18), an increase of 19 percent year-on-year (YoY) 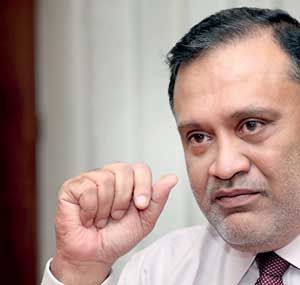 However, the group’s operating results were down 11 percent to Rs.2.1 billion as its key consumer businesses underperformed due to subdued consumer demand.

The bottom line was supported by a hefty finance income of Rs.3.5 billion, which increased from Rs.2.1 billion recorded for the same period last year as the group had invested a whopping Rs.30.4 billion in short-term interest earning financial assets.

Group’s key consumer foods and retail business saw its net profit declining by about Rs.169 million to Rs.755.8 million for the quarter, “on account of the lower volumes in the frozen confectionery and beverage businesses, where a tapering of demand continued to be witnessed in the quarter under review as a result of subdued consumer discretionary spending…”, JKH Group Chairman, Susantha Ratnayake said in an earnings release.

The segment’s revenues however rose by about Rs.2.0 billion or 18 percent YoY to Rs.12.9 billion but failed to lift the bottom line performance.

The group also said the floods and the landslides in May negatively impacted volumes.

The subdued performance of consumer related businesses was largely expected throughout this year as the higher interest rates and indirect taxes have eroded people’s disposable incomes.

However, the increasing footfall and the notable contribution from the newly opened Keells Super outlets have managed to mitigate the adverse impact to a certain degree.

The group’s leisure business saw its net profit coming down to Rs.106.1 million from a high of Rs.475.1 million YoY, predominantly due to the, “non-cash impact of Rs.203 million on account of the acceleration of depreciation on assets from the closure of ‘Bentota Beach by Cinnamon’.

The partial closures of Cinnamon Dhonveli Maldives and Ellaidhoo Maldives by Cinnamon for on-going refurbishments also impacted the performance of the segment, although the top-line remained virtually intact around Rs.4.9 billion for the quarter.

Meanwhile, the group’s key transportation segment faired reasonably well, despite pressure on margins, and reported a net profit of Rs.773.1 million for the quarter, up from Rs.694.5 million YoY.
Ratnayake attributed this to the ports, shipping and logiswtics businesses which recorded improved performances as a result of increase in volumes and throughput. The group’s bunkering business has also increased its market share, he said.

The financial services business of the group, which comprises of a licensed commercial bank, an insurance subsidiary and a stock brokering unit managed to post a net profit of Rs.235.4 million, up from Rs.195. 6 million YoY.