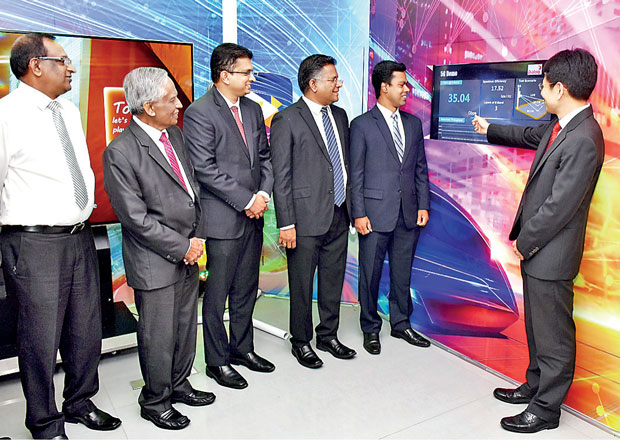 Sri Lanka yet again showcased its dominance as the regional hub for telecommunications with Dialog Axiata demonstrating 5G (Generation) technology for the first time in South Asia, paving the way for next generation wireless connectivity with speeds in excess of 35 Gbps (gigabits per second).

The demonstration established the capabilities of 5G technology to deliver throughputs in excess of 35 Gbps on the 5G Radio (air) interface, setting a solid foundation for the future evolution of the nation’s broadband connectivity to a technology generation well ahead of South Asia.

In April 2013, Dialog secured the distinction of becoming the first service provider in South Asia to commence commercial operations of mobile 4G-LTE services, having previously introduced 3G to the region as far back as 2006. Dialog’s 4G-LTE networks have since evolved to deliver burst speeds up to 100 Mbps (megabits per second).

“As Sri Lanka’s leading telecommunication provider, we are excited to conduct the first demonstration of mobile 5G technology in Sri Lanka. As espoused in our signature, ‘The Future Today’, Dialog is committed towards delivering the very latest in technology and connectivity to Sri Lankans and this 5G trial is a yet another milestone in our journey towards offering gigabit speeds with near zero latency that will deliver next generation broadband and enable industrial applications such as autonomous manufacturing and robotics,” Dialog Axiata PLC Group Chief Executive Supun Weerasinghe said.