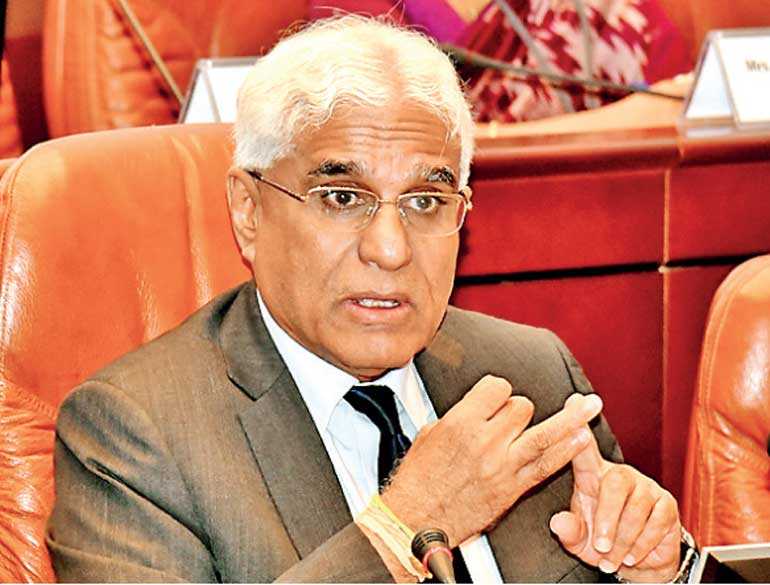 After sharp gains in the past two years, the country is besieged with a credit crunch, especially the small and medium sector, forcing the Central Bank and the Government to take effective measures. High market interest rates, despite significant drop in benchmark TB rates, illiquidity, and subsequent measures by the Government to infuse money to the market, depressed economic conditions, rising defaults, and effects of the constitutional crisis have all added up to the credit crunch conundrum.

The Central Bank on Monday kept policy unchanged, despite coming under pressure and flack for not reducing or being ineffective in ensuring the market quickly adjusted to recent downward revision and other supportive moves.

Governor Dr. Indrajit Coomaraswamy justified the Monetary Board’s stance, and implied the Central Bank is keen that the market complied eventually and fast. This, the Governor noted, is better than Central Bank “jumping the gun” and rushing for another rate reduction, and having to hike later on.

“However, we will attack the high margin and the wide disparity gap in market rates. There is no room for complacency. A 200 basis point is possible, and will help boost private sector credit,” Dr. Coomaraswamy stressed.

The crunch is manifested by the fact that in January, credit to the private sector showed a net repayment of Rs. 4.3 billion to licensed commercial banks, for the first time since 2014, followed by a marginal increase of Rs. 7.6 billion in February 2019.

Central Bank Governor viewed the Rs 4.3 billion private sector credit repayment as a cause for concern, though it could be partly due to cash inflow for the private sector, following Government contracts being settled. It could also be a case where banks are focused on improving their credit quality after there had been a sudden surge in Non-Performing Loans in the latter part of last year. 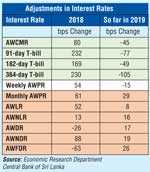 The private sector, especially the SMEs and certain sections of the Government, have been critical of high interest rates, pinning the blame respectively on the Government and the Central Bank.

However, the Central Bank in its post-monetary policy review statement said that responding to the recent monetary policy decisions to reduce Statutory Reserve Ratio (SRR) by 2.50 percentage points in two steps in November 2018 and March 2019, together with appropriate OMOs of the Central Bank, liquidity conditions in the domestic money market have improved notably. This has resulted in the Average Weighted Call Money Rate (AWCMR) declining by 45 basis points (bps) so far during 2019, and reaching the middle of the policy rate corridor. With the improved money market liquidity, along with the favourable market sentiments amidst the receipt of ISB proceeds in March 2019, yields on government securities have also declined considerably so far in 2019.

In spite of these developments, other market interest rates continued to remain at high levels thus far in 2019.

An analysis of adjustments in interest rates in 2018 and so far in 2019 reveals the conundrum or the wide gap between the different rates. For example as against a 45 bps reduction in AWCMR, the average lending rate has increased by 8 bps and deposit rate by 17 bps.

The Central Bank said it will consider and implement mechanisms for more effective transmission of the decline of these benchmark rates to other market interest rates.

A Prime Minister Ranil Wickremesinghe-appointed Committee, headed by Monetary Board member and ex-banker Nihal Fonseka, has been tasked to find out measures to reduce interest rates. The Committee’s report will be handed over to the Prime Minister today, according to the Central Bank Chief.