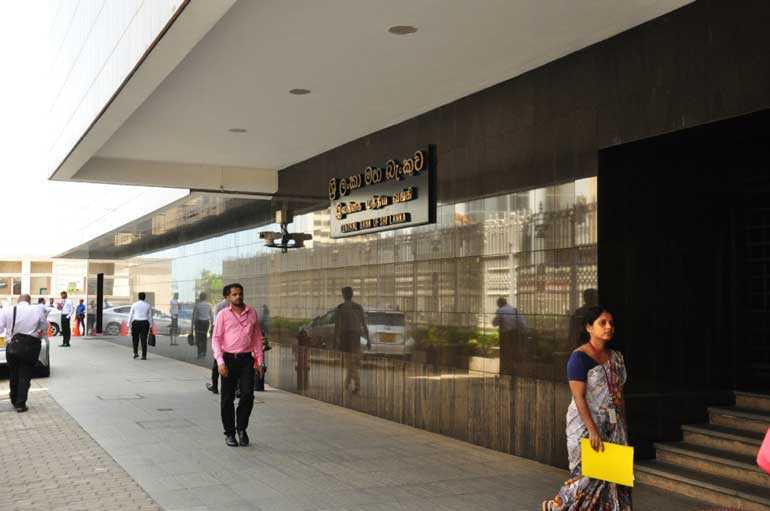 The Board arrived at this decision following a careful analysis of current and expected developments in the domestic economy and the financial market as well as the global economy, with the broad aim of stabilising inflation at mid-single digit levels in the medium-term to enable the economy to reach its potential.

Driven by a number of factors such as increased trade tensions, weakened business confidence and softened external demand, a slowdown in global economic growth is observed. This has prompted key advanced economies to become increasingly dovish, while several emerging market economies have also relaxed their monetary policy stance to support economic activity, given subdued inflation pressures.

Meanwhile, despite the slowdown in global growth, international crude oil prices have remained elevated due to geopolitical uncertainties.

Subpar economic growth is likely to be further affected by the Easter Sunday attacks, the Central Bank said. Following the modest growth in 2018, the economy is expected to have grown at a higher pace during the first quarter of 2019, mainly due to improved performance in Agriculture and Industry-related activities.

However, the Easter Sunday attacks have affected confidence and sentiments of economic agents, particularly disrupting tourism and related activities. Although normalcy is gradually returning to economic activity, a lower than initially projected growth could be anticipated during 2019.

Market lending rates remained downward rigid, despite the measures already taken. Sizeable liquidity injections through the reductions in the Statutory Reserve Ratio (SRR) along with appropriate and prudent Open Market Operations (OMOs) have resulted in a reduction in the Average Weighted Call Money Rate (AWCMR) by around 50 basis points so far in 2019.

Yields on Government securities have also adjusted downward sharply during the year. In the meantime, considering the high nominal and real interest rates on deposit and lending products, the Central Bank imposed maximum interest rates on deposit products in April, thus reducing the cost of funds of financial institutions, enabling them to reduce lending rates and enhance credit flows to the real economy.

In spite of liquidity injections, decline in AWCMR and yields on Government securities, as well as the recently introduced maximum interest rates on deposit products, market lending rates have failed to show any sign of commensurate downward adjustment.

Following a higher than projected credit expansion, particularly in the latter part of 2018, credit extended to the private sector by commercial banks contracted, in absolute terms on a cumulative basis, during the first four months of 2019.

High market lending rates, sluggish growth in economic activity, subdued business confidence, as well as the settlement of arrears by the Government on account of various projects which enabled repayments to the banking sector, were amongst the factors which contributed to this contraction. Driven by the slowdown in private sector credit, the year-on-year growth of broad money (M2b) also decelerated so far in 2019.

Improvements in external sector conditions are observed, particularly in relation to the trade balance The trade deficit narrowed with increased performance in export earnings, while import expenditure declined sharply during the first three months of 2019 mainly in response to the flexible exchange rate policy maintained by the Central Bank ahead of adopting the proposed flexible inflation targeting monetary policy framework. The improvement in the trade deficit is likely to negate the adverse impact on the current account arising from the slowdown in services exports caused by the contraction in tourism in 2019.

Nevertheless, it is expected that earnings from tourism would rebound with the support of improved security conditions and the relaxation of travel advisories by several key countries of origin of tourists, along with recently-introduced policy measures and promotional campaigns to revive the sector.

Meanwhile, the receipt of the sixth tranche under the Extended Fund Facility program with the International Monetary Fund (IMF-EFF) in May is expected to boost investor sentiments. With these developments, the Sri Lankan Rupee has recorded a cumulative appreciation of 3.7% against the US Dollar so far during the year. Gross official reserves are estimated at $ 7.2 billion at end April 2019, providing an import cover of 4.1 months.

Despite transitory upticks, a threat to the inflation outlook is not anticipated for the medium term Headline inflation and core inflation, as measured by the year-on-year change in both Colombo Consumer Price Index (CCPI) and National Consumer Price Index (NCPI), showed some acceleration during the year, partly due to the lagged effect of the sharp depreciation of the rupee during 2018.

With subdued aggregate demand and well anchored inflation expectations, the recent acceleration in inflation is projected to be short-lived. Accordingly, inflation is likely to remain in the desired 4-6% range in 2019 and beyond, supported by appropriate policy measures.

The monetary policy decision is expected to induce a reduction in market lending rates. At the last review of the monetary policy stance, the Central Bank provided forward guidance of a possible policy relaxation, if the current trends in the global financial markets, trade balance, and credit growth continue. These trends have continued, and in addition, the economy has been affected by the Easter Sunday attacks and its adverse spillover effects on related sectors.

Accordingly, the Monetary Board was of the view that a relaxation of the monetary policy stance is appropriate, and decided to reduce the Standing Deposit Facility Rate (SDFR) and the Standing Lending Facility Rate (SLFR) of the Central Bank by 50 basis points to 7.50% and 8.50%, respectively. Along with the developments in the domestic financial markets so far during the year, the monetary policy decision to reduce policy interest rates is expected to induce a swift and sizeable reduction in market lending rates.