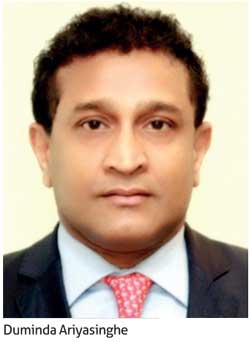 Foreign Direct Investment (FDI) to Sri Lanka grew to over US$1.63 billion in 2017, doubling from the US$802 million achieved in the previous year, the state-run investment promotion agency said.

The highest FDI came from China, followed by Hong Kong, India and Singapore.

Among the highest growth sectors were export-oriented manufacturing (+27 percent) and services which includes Tourism and IT (+50 percent) and Infrastructure (+190 percent).

The BOI said the strong growth is a direct consequence of the government’s reorientation of economic policy towards investment and export-driven growth, rather than debt-funded public infrastructure spending.

“The outstanding FDI results have been achieved due to hard work, talent and dedication of our investment promotion and facilitation teams as well as the pro-investor policy framework of the government to support both local and foreign investors,” BOI Director General Duminda Ariyasinghe said.

The BOI, under the Ministry of Development Strategies and International Trade, is the first point of contact for foreign investors into the country.

Over the past 2 years, the BOI has targeted both new investors, leveraging the country’s strengths and advantages, as well utilizing existing investors to increase reinvestments and to utilize their external networks to bring in new investors in to  sectors such as export-oriented manufacturing.

Ariyasinghe said BOI has embarked on several new initiatives including a virtual one-stop-shop for investment facilitation with 24 government agencies, which will come into operation in 2018 to strengthen the approval and execution mechanisms.

“The support and guidance from our Chairman and the Board of Directors has been a strength to us in achieving these strong results.”

The agency has focused on fast and transparent decision-making utilizing two high level committees appointed by the Prime Minister that provides approvals as well as accelerated operational clearances.

Development Strategies and International Trade Minister Malik Samarawickrama, whose purview under BOI falls, said while Sri Lanka has achieved strong FDI results in 2017, the country has only scratched the surface of its full potential.

“This is not a time for complacency but renewed focus to use the momentum to strengthen reforms to improve our Ease of Doing Business ranking, and efforts to attract high-quality investors from countries we have renewed bilateral relationships with.

The new Inland Revenue Act provides accelerated investment allowances over and above normal depreciation until companies recover their total fixed investment.
The foreign exchange regime too has been liberalized to improve the investment climate via the new Foreign Exchange Act.

The BOI has initiated work on developing several new export promotion zones including Milleniya, Bingiriya, Weligama and Mawathagama. These will be the first comprehensive BOI zones to be developed since 2000.