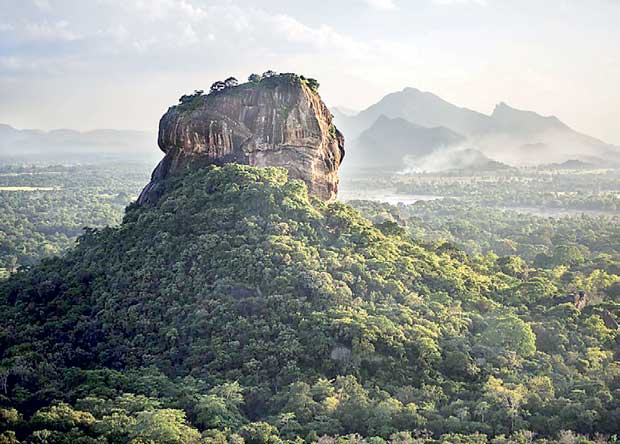 The ancient city of Sigiriya, in central Sri Lanka, is built into the slopes of a granite peak called the Lion’s Rock
Pic by Sylvain Bouzat/Getty Images

Sri Lanka has been listed as one of the 20 hottest luxury tourism destinations in 2017 by business media conglomerate, Bloomberg.
Sri Lanka’s average luxury hotel rates during its peak tourism season are in the lower range, at US $ 225, compared to the rates reaching as far up as US $ 2,000 in Saint Barthelemy and US $ 1,400 in Turks and Caicos, with only Madagascar, Colombia and Peru listed with peak season rates below Sri Lanka. However, Sri Lanka seemed to have been given more prominence by Bloomberg.
Bloomberg notes that Sri Lanka has a small choice of luxury hotel options due to its low tourism volumes, which local entrepreneurs are attempting to fill now.
Sri Lanka attracted little over two million tourists in 2016, though the tourism authorities targeted 2.2 million in arrivals.