You are here: Home / Business Now / Beetle in a teacup or more than that? – Daily Mirror 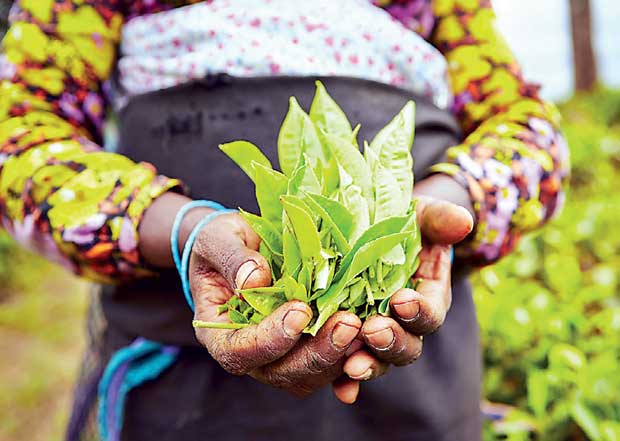 Russia placing temporary import restrictions on tea and other agriculture products from Sri Lanka, according to top government sources, appears to be a ‘tit-for-tat’ reaction to the island nation’s move towards banning chrysotile asbestos, a key export product of the largest country in the world.

Repeated requests to reconsider the chrysotile ban falling on deaf ears is said to have erred the Russian government, resorting to this retaliatory action.

While Russia remains the world’s largest producer of chrysotile asbestos and caters to more than half of the world’s demand for roofing tiles, it is one of the largest export markets for Ceylon Tea, accounting for about 12 percent of the total tea exports.

Thus, the restriction will have negative implications on the export earning of the country, given that Sri Lanka has made little progress in diversifying into new markets.
Reliable government sources commenting on the basis of anonymity shared with Mirror Business that a Russian delegation was in the country to discuss with the political establishment and key officials about the possibility of revoking the asbestos ban.

The sources said the delegation was not given a chance to present their case and in some instances . Appointments had not been given to them to meet with the key political decision makers to discuss the matter.

The asbestos ban is set to come into effect from January 1, 2018.

Meanwhile, to deliberate on the possible revoking of the import restriction of Sri Lankan agriculture products, Plantation Industries Minister Navin Dissanayake and Industry and Commerce Minister Rishad Bathiudeen are said to have requested for an appointment from the Russian quarantine authorities.

But the ministers are yet to receive any response from the Russian authorities, Mirror Business learns.

The ban coming into effect during winter holidays is expected to add to the list of challenges in lifting the restriction immediately.

However, last Friday, Sri Lanka Tea Board in an official statement said the detection of an insect has led to the temporary ban and played down it as an “isolated incident.”

Senior representatives of the tea industry stressed that for the ban of this nature to be lifted assurance would have to be given that the tea exported in future would not contain of any contamination.

Foreign media said the temporary ban was imposed with Russia’s agricultural safety watchdog Rosselkhoznadzor having discovered an insect known as the Khapra beetle in the packaging of a consignment of tea from Sri Lanka.

It was shared that a proper report containing details of the incident is yet to be received.

The tea industry stressed that stringent procedures are already in place governing tea exports to Russia.

With regard to the immediate impact of the ban on Sri Lanka’s export earnings, slumping sales is expected this week at the Colombo Tea Auction. In terms of seasonal sales (exports), the orders for the holiday period have already been dispatched, thus immediate impact would not be that grave.

However, the industry warns that if the “correct” course of action is not taken by relevant authorities to identify the “real issue” and reverse the ban, there would be shifts in the markets in the coming months.