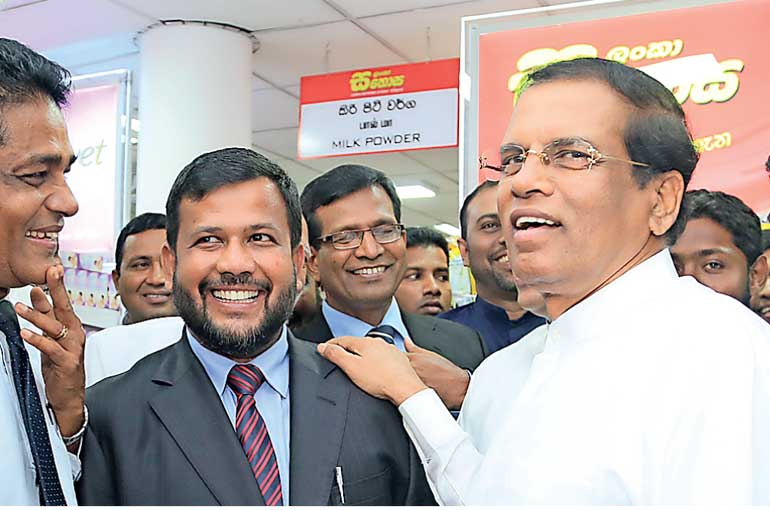 “I informed the officials that I will present a Cabinet Paper to remove the gazettes affecting the resettlement of Northern Muslim IDPs,” Bathiudeen revealed.

The Minister was s[peaking to the press shortly after he had met a team of Government officials led by the Permanent Secretary to the President, P.B. Abeykoon, at the Presidential Secretariat on 31 March.

Minister Bathiudeen asked them to de-gazette the Weppal, Karadikkuli/Marichakatti and Wilathikulam areas gazetted by Extraordinary Gazette 2011/34 of 24 March 2017 since they were inhabited by people, including Northern Muslims displaced at one point in time.

The recent Gazette 2011/34 also gazetted and claimed the Mavillu and Periyamadu reserves. “But I did not insist on these two locations since they are not inhabited and gazetting them does not affect Northern Muslim IDPs,” he said.

“I called on them to return them to the original families living in those villages prior to eviction in 1990. Apart from presenting a Cabinet Paper to withdraw the three gazettes of 2012, I also directly requested the officials to withdraw the recent Extraordinary Gazette 2011/34 of 24 March 2017. As for this March 24 Gazette, they responded saying that they would consult President Maithripala Sirisena and Prime Minister Ranil Wickremesinghe and shall work for a positive, fruitful outcome. They also informed me that future northern wildlife gazetting may not come under wildlife conservation but mostly under forest conservation,” said Minister Bathiudeen.

“The LTTE forcibly evicted the entire Muslim population of the North in 1990; the worst ethnic cleansing exercise in the history of Sri Lanka. These Muslim victims were forced to leave their homes in 24 hours from these lands now said to be conserved forests,” he added.

Among the 24,000 Northern Muslim families expelled from their traditional homes by the LTTE on 30 October 1990, making them IDPs overnight, was Bathiudeen’s family.