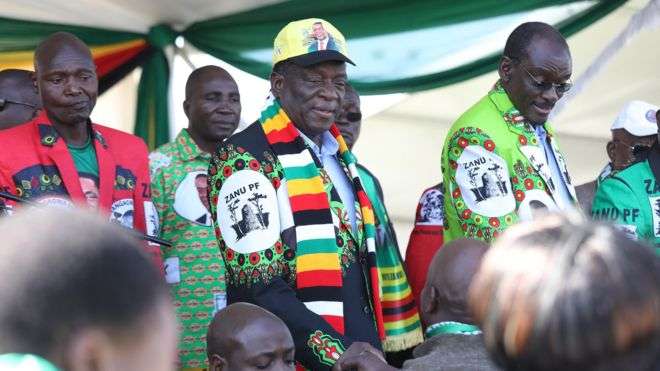 Video footage from White City Stadium appears to show an explosion happening close to Mr. Mnangagwa as he was leaving the stage having addressed supporters.

He was not hurt, his spokesman said. But senior officials are among those injured, Zimbabwe media say.

The president was in Bulawayo, Zimbabwe’s second city, to campaign for his Zanu-PF party ahead of nationwide elections taking place on 30 July.

The elections are the first in Zimbabwe since Mr. Mugabe was ousted after 37 years in power.

Presidential spokesman George Charamba issued a statement recalling: “There have been multiple attempts on the president’s life over the past five years.”