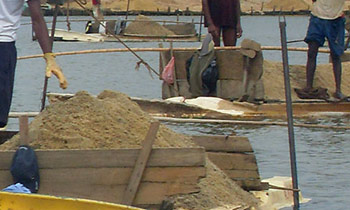 A 22-year-old youth, who had allegedly engaged in illegal sand mining in the Kelani River, had drowned after jumping in the river when confronted by navy personnel today, police said.

The navy personnel had been on an inspection tour along the Kelani River from Colombo to Awissawella.

They had witnessed the victim allegedly mining sand in the river at the Biyagama area.

Upon seeing the officers, the youth had jumped in the river in an attempt to escape.

However, his body was later recovered by naval personnel.