You are here: Home / Breaking News / Yahapalana Govt. as corrupt as its predecessor: ACF – Daily Mirror 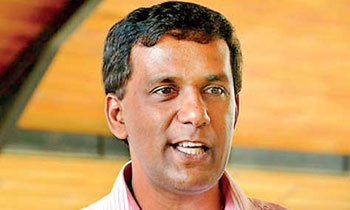 ACF Advisor Keerthi Tennakoon said the current government which was elected to eradicate corruption had become a government of fraudsters and thieves.

“A proper investigation is yet to be launched into incidents of corruption and acts of fraud with a proper judicial process to bring the perpetrators to book only a memory. This is the main reason for the country to slip further down the Corruption Perception Index (CPI) this year,” he told a news conference.

He said the number one reason for corruption within the government was the Central Bank (CB) Treasury Bond sale in which former CB governor Arjuna Mahendran was involved.

He said the coal tender fraud was the second reason which had made the government look more corrupt. “Maithri Gunaratne, who refused to sign the corrupt deal, was removed from his post as Chairman. This is how the government takes action with regard to incidents of fraud. When we reveal these deals, the government says amendments are on the way and these revelations just hurt the government. If it’s not corrupt, why bother?” he asked.

He said current situation is such that civil organizations aren’t even allowed to speak about the faults of the government. “We have to overcome these obstacles. Otherwise, this government will also face the same fate the previous government faced and end up in the garbage heap,” he said. (Lahiru Pothmulla)