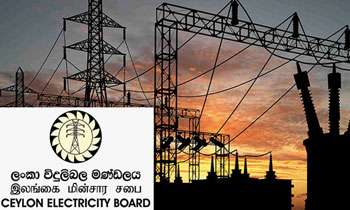 The Engineers of Ceylon Electricity Board (CEB) have decided to engage in a work to rule trade union action within two weeks.

CEB authorities show a lethargic attitude to install long-term power generation plant but are interested in plans to buy electricity from profiteering private companies and gain commissions, he alleged.

He further said a letter has also been sent by the union to President Maithripala Sirisena and Prime Minister Ranil Wickremesinghe stressing the need of stipulating an LNG power plan suitable for the country and preparing an appropriate procedure to be adapted in purchasing electricity thus generated. (Dayaseeli Liyanage)