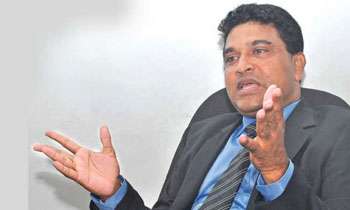 He told a news briefing that an inquiry had been launched on this matter.

“The media has exaggerated recent acts carried out by Police Chief. We are not trying to justify what he has done and should admire the good things he has done,” he said and added that the people see only the negatives.

“When considering his past records there have been no allegations levelled against him except the recent accusation of alleged transaction of a cheque,” the deputy minister said.

Meanwhile, Law and Order Minister Ranjith Madduma Bandara said a committee comprising three senior administrative officers had been appointed to carry out an inquiry into several complaints received regarding his conduct. (Sheain Fernandopulle)