Army Commander Lieutenant General Mahesh Senanayake has called on all concerned not to use war heroes for political propaganda, which of course is a timely advice as almost all parties, especially the two main — the United National Party (UNP) and the Sri Lanka Podujana Peramuna (SLPP) unofficially led by former President Mahinda Rajapaksa — use the soldiers who sacrificed their lives to gain political mileage.

This is a unique country where political leaders and their cohorts, whose lives had been threatened with death for over three decades due to a gruesome civil war, are not in a position to commemorate those who laid their lives in the course of eradicating that threat, in one place. The former President and other leaders of his party singly celebrated the victory of the country’s armed forces over the separatist rebel group Liberation Tigers of Tamil Eelam (LTTE), while government leaders held the official State commemorative ceremony with the participation of the armed forces.

Rajapaksa wants to hold moral high ground by holding separate ceremonies and thereby lay claim to war victory. During these ceremonies, nothing was mentioned about the war time army commander Sarath Fonseka, who was called by the leaders of the Rajapaksa regime — when they were in good terms — “the best army commander in the world.” The same hypocrisy was the norm during the government’s official ceremony where similar treatment was given to the former President and former Defence Secretary Gotabaya Rajapaksa, the man who bridged the hitherto existed gap between the political and military leaderships during the war, leading to the ultimate victory. Besides, government leaders attempted to outsmart the Rajapaksas in treating the armed forces, by declaring that it was during their tenure that international pressure over human rights violations — hanging over the heads of the armed forces like the ‘Sword of Damocles’ — was eased.

The Lessons Learnt and Reconciliation Commission (LLRC) appointed by former President Mahinda Rajapaksa in 2010 concluded its report with a recommendation to assign a national day for the collective commemoration of all those killed in the war — soldiers, LTTE cadres and civilians — with a view to psychologically unite and assimilate the communities in the country. It is now vividly evident that it is a utopian suggestion in light of even political parties within a particular community being unable to get together in one place to remember those who they claim have laid their lives to protect the people of the country.

The key point both parties and the country have forgotten or been indifferent to, is that despite the armed conflict ended nine years ago, the governments of both groups have failed to bring in much needed reconciliation.

The Tamil society is still venerating the LTTE leadership, which is manifest through the Tamil media and political leadership, which is attempting to gain mileage with that mindset of the Tamil people. One cannot deem this is a situation which sprang abruptly or after the Maithri-Ranil coalition came into being. This attitude prevailed among the Tamils even when the armed forces overran the last bunker line of the LTTE on the banks of the Nandikkadal lagoon in the Mullaitivu District on May 19, 2009 and had been suppressed by the new situation that was created by the decimation of the LTTE leadership.

Rajapaksas had about six years and the Maithri-Ranil combine three to win over the Tamils and change this mindset. But both groups failed miserably. And they blamed each other when Tamil people thronged in Mullivaikkal to light flames in the names of LTTE leaders along with those of their kith and kin. In fact, it is appropriate for one to ask whether the governments really wanted to assimilate the Tamil community into the Sri Lankan body politic. 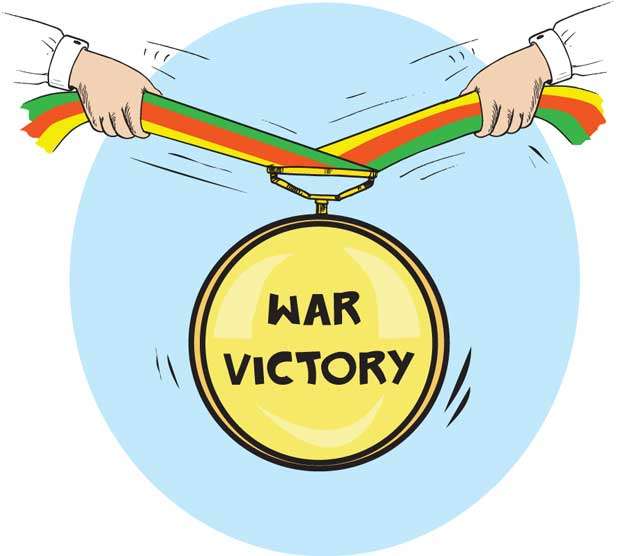