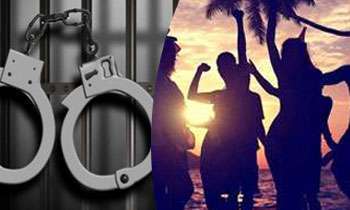 The proxy owner and publicity officer of a private event-organising company, who were arrested on charges of organising the Wadduwa beach party where four people died, were today remanded till August 17 by Panadura Additional Magistrate Kalhari Liyanage.

SI Sigath said the police also carried out an investigation into the tragedy that occurred at the beach party on August 4 attended by some 2,000 people.

He said they had recorded statements from 26 people.

Meanwhile, Excise Officials are investigating how the liquor permit was obtained.

Attorney Pinsith Perera appearing for the two suspects, told Court that the police had not conducted a full inquiry but the two suspects were produced in Court with a B report without any basis and moved for bail. (K.S. Fernando and Saman Kariyawasam)