You are here: Home / Breaking News / Violence in schools: principals reluctant to act due to human rights concerns – Daily Mirror 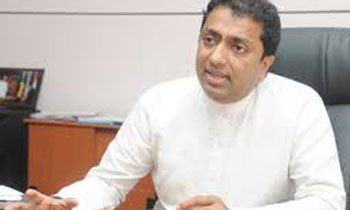 School Principals of several leading Colombo schools, several of whom were forced to discipline students who were found to have been part of two clashes that occurred on Wednesday (15), said that they had been put in an awkward position by the government as a result of strictures imposed on them by institutions such as the Human Rights Commission (HRC) with regards to student discipline.

These principals had conveyed this to Education Minister Akila Viraj Kariyawasam during an urgent meeting held at the Ministry to discuss the clashes that broke out between two groups of students of Ananda and Nalanda and an internal clash that broke out at D. S. Senanayake College and also to discuss future security measures to be taken during the big match season to prevent such clashes from taking place.

Minister Kariyawasam inquired from the principals as to what action they had taken with regard to the recent clashes.He pointed out that Circular no: 2016/12 includes measures to be followed when safeguarding discipline at schools and it had empowered School Disciplinary Boards to take action against students who breach discipline.

However, principals were of the opinion that it was extremely difficult for them to adhere to this circular due to recommendations of the HRC and other institutions who had put forward procedures to be followed when disciplining students.

The minister instructed relevant authorities and officials to create a strong mechanism to uphold discipline among students. He instructed officials to immediately recruit teachers who are counsellors and highlighted the importance of upholding discipline in schools. “Principals and teachers are directly responsible for discipline among students. Parents too should share the responsibility of disciplining their children,” the minister said.