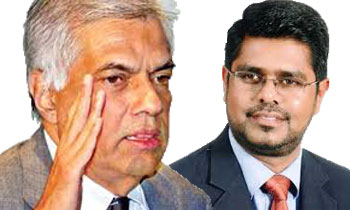 Police have been advised to conduct an investigation on the alleged threat by the ISIS on the US Embassy in Colombo, Prime Minister Ranil Wickremesinghe told Parliament today.

The premier came out with this in response to a question raised by MP Mujibur Rahman as to whether there was any truth on the report that the US Embassy had received such a threat.

“Police have been adviced to get information from those in the newspaper which reported that the US embassy had received a threat from ISIS” Prime Minister added. (Yohan Perera and Ajith Siriwardana)