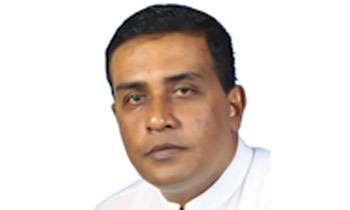 He told a media briefing that his party had several alternative candidates to field, unlike the Joint Opposition, which solely depended on the members of the Rajapaksa family.

“One cannot understand as to why the Joint Opposition is depending on either former President Mahinda Rajapaksa, Former Defence Secretary Gotabaya Rajapaksa or on Former Minister Basil Rajapaksa,” he said.

“We would like to question whether the Joint Opposition has no other candidate other than the Rajapaksas,” he said.

Responding to a question raised by journalists as to whether the Prime Minister had expressed his willingness to contest at the Presidential Election, the MP said the party had not discussed the matter yet.

He said the usual practice was that the party leader becomes the candidate at a Presidential Election. However, he said the UNP had many candidates if the need be.

Meanwhile, the UNP MP said his party did not oppose to the arrest of Bodu Bala Sena General Secretary Venerable Galagodaaththe Gnanasara Thera and neither would it oppose the granting of bail.

“We hope that the Venerable Thera will develop a mature mindset,” he said. (Yohan Perera)