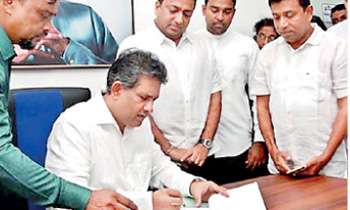 The proposal for the appointment of a CEO was approved by the working committee on Wednesday.

Mr. Senarath was a one time Leader of Opposition in the North Western Provincial Council.

This is the first time that a political party in Sri Lanka has appointed a CEO, though it’s a common practice in the Western world.