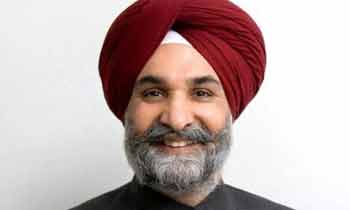 Indian High Commissioner Taranjith Singh Sandhu, in his first visit to Jaffna, is reported to have said at a meeting that unity among the political leadership in the North was important to realize economic and infrastructure development and the political aspirations of the Tamil people.

He said this in the wake of a crisis at the Northern Provincial Council resulting in the removal of two ministers.

The Ambassador visited the North for the first time yesterday after his posting to Sri Lanka. He pledged further assistance from his country to develop the economy and infrastructure in the Northern Province. However, he said he had no intention of interfering in the internal political affairs of a country.

He had talks with Chief Minister C.V. Wigneswaran the two newly sworn in ministers, Ananthi Sasitharan and Dr. K. Sarveswaran. The High Commissioner was posted to Sri Lanka early this year.